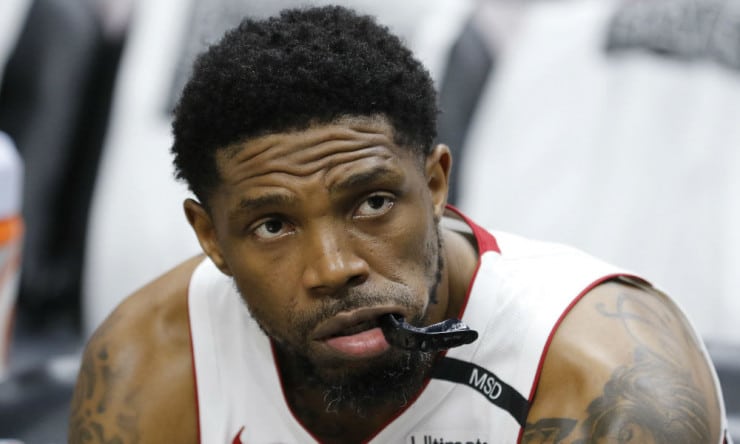 Veteran of the Miami Heat, Udonis Haslem, has announced that he is going to return for his 20th NBA season. This is a feat that not many players in this league have ever accomplished. He’s going to join a very short list of elite NBA players and it’s certainly a well-deserved honor for the 42-year-old.

Haslem had the following to say, according to ESPN:

“I have decided to follow through with what me and my father had talked about, and I will finish what I started and I will play 20 years,” Haslem said, seated at midcourt at Miami High, his alma mater. “I will play this year, because I talked about that with my father and that’s what we said we would do. It won’t be the same. Won’t be as easy. But the goal still remains the same. Win. Win a championship. Leave it on the line and hold your head high when it’s all over.”

“Even at 42, you look around and you don’t have both of your parents, you can be confused,” Haslem said. “It can be confusing. … But never have I been more clear than I am now. I just had to clear the cobwebs out.”

“This is a sacrifice, sacrificing for the next generation,” Haslem said. “As the bearer of Heat culture, I take it serious. It’s not a game. It’s not a joke. I know people talk about it. People, they may have this stigma of what it is and what it’s not. But it’s real. It is real. The culture is real. The culture has saved very many guys, not just me.”

Is Udonis Haslem Going To Play This Season?

In some of his comments that he did make about returning to the Miami Heat, it did sound like he believed he could play this season. It’s going to be very interesting to see what role Miami has him in, but it will likely be as a player coach again.