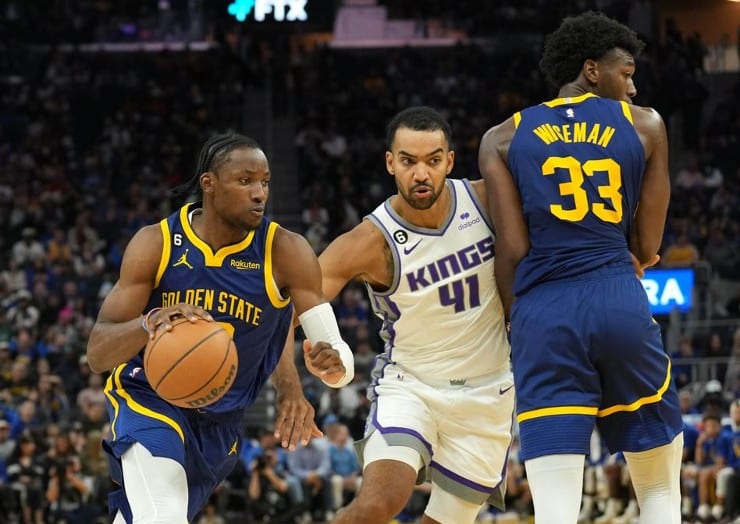 The Golden State Warriors are exercising the fourth-year option of James Wiseman and third-year options of Jonathan Kuminga and Moses Moody before today’s deadline, according to sources.

Per multiple NBA betting sites, the Warriors now have the third-highest odds to win another championship in 2023. A few sportsbooks dropped their odds. At the moment, the Milwaukee Bucks are the favorite to win the title.

The Warriors are picking up the fourth year option on James Wiseman and the third year options on Jonathan Kuminga and Moses Moody before today's deadline, I'm told.

His salary this season is $9,603,360. The Memphis product was selected second overall by the Warriors in the 2020 NBA Draft.

Wiseman missed all of last season due to a knee injury. Through seven games off the bench this season, the center is averaging 8.7 points and 4.4 boards while shooting 62.5% from the floor.

Next, Jonathan Kuminga’s $6,012,840 team option for the 2023-24 season was exercised. After the Warriors selected the forward seventh overall in last year’s draft, Kuminga inked a two-year, $24.86 million rookie scale contract.

In 70 appearances of the 2021-22 season, the forward recorded 9.3 points and 3.3 rebounds per contest. The former G League Ignite star made starts in only 12 games with Golden State.

Of course, through six games off the bench this season, Kuminga is averaging 2.7 points and 1.8 boards in 10.8 minutes. Warriors coach Steve Kerr is limiting his time right now.

Golden State is currently 3-4. The Warriors have not yet won a game on the road this season. For their next game, Golden State plays the Miami Heat at FTX Arena on Tuesday night.