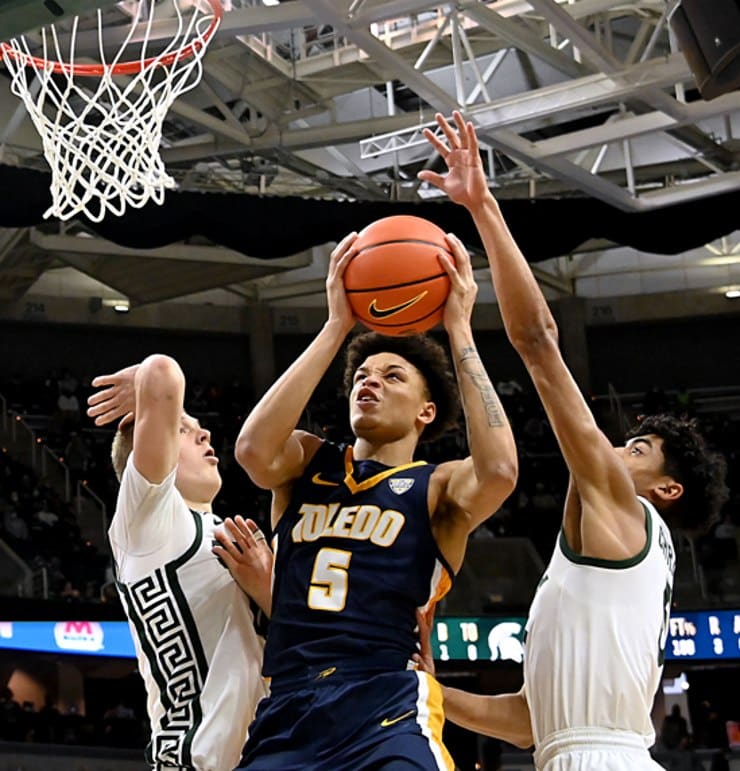 The Warriors have signed guard Ryan Rollins to a three-year, $4.8 million rookie contract. On Thursday, the terms of this deal were not disclosed. However, leaks now confirm this as a multi-year deal. According to his signed offer, Rollins’ first two years in the NBA are fully guaranteed.

Golden State’s front office used a small percentage of the taxpayer mid-level exception to sign the 6’4″ guard for this amount. The Hawks selected Rollins 44th overall during the second round of last month’s NBA draft. But his draft rights were then traded to the Warriors.

The Warriors have signed guard Ryan Rollins, whose rights were acquired on draft night from the Atlanta Hawks.

Through two seasons played with Toledo in the NCAA, the guard averaged 16.4 points, 5.6 rebounds, 3.1 assists and 1.4 steals per game. He helped the Rockets finish with the best record in the MAC in back-to-back seasons.

Two years ago, Toledo finished 15-4 (.789) in the MAC and 21-9 (.700) overall. However, after the team defeated Western Michigan during the first round of the MAC Tournament, remaining playoff games were canceled due to the COVID-19 pandemic. The Warriors could have found their guy.

Last season, the Rockets concluded their regular season 17-3 (.850) in the MAC and 26-8 (.765) overall. Despite finishing at the top of the conference, they went on to lose against Ohio in the second round of the MAC Tournament.

Ryan Rollins overachieved in the NCAA, will help Warriors

In Rollins’ freshman 2020-21 season, the Detroit, Michigan native averaged 13.7 points, 5.2 rebounds, 2.5 assists and 1.1 steals per game. He appeared in 30 games. Rollins was selected to the First-Team MAC All-Freshman Team and named MAC Rookie of the Year.

The guard was selected First-Team All-MAC. Plus, he ranked second in points in the MAC (641), 12th in total rebounds (203), seventh in assists (123) and third in steals (59). In addition to the stats listed above, Rollins led his conference in made field goals (232).

The guard helps add backcourt depth for the Warriors. That’s the bottom line. Considering Gary Payton II and Otto Porter Jr. left during free agency, the team could use his talent. He could be a great player. For more news stories concerning Ryan Rollins or the Warriors, go to the main page.