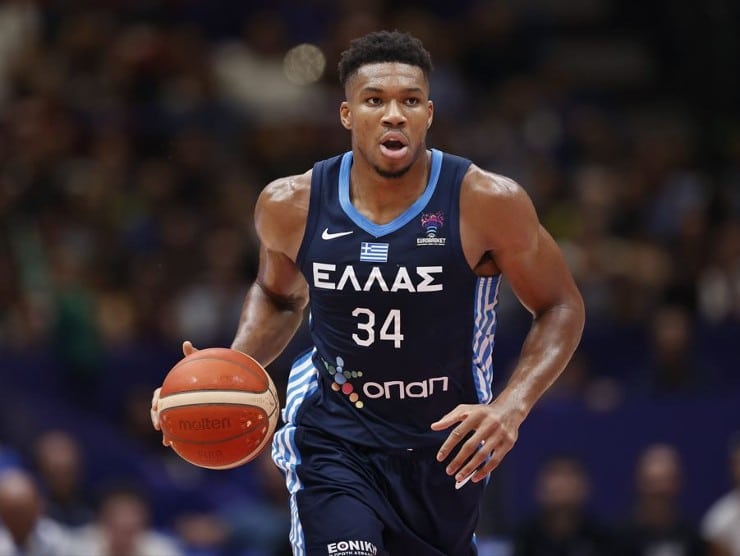 In a EuroBasket matchup, watch Milwaukee Bucks forward Giannis Antetokounmpo score 41 points for Greece in their 99-79 win over the Ukraine. At the international level, it was a career-high effort.

So, this performance was significant for the Greek Freak, considering he became only the second player in the 21st century to score at least 40 points in a EuroBasket game.

Dallas Mavericks legend Dirk Nowitzki scored 43 points against Spain in 2001. Plus, Antetokounmpo is the third Greek player ever to have scored more than 40 points in a EuroBasket game.

INEVITABLE. 🇬🇷@Giannis_An34 erupts for 41 PTS, the most in a single #EuroBasket game since Dirk's 43 in 2001.#BringTheNoise pic.twitter.com/K5fpXMCmIm

Furthermore, the 2021 NBA champion scored 13 consecutive points in the third quarter alone, with Greece outscoring the Ukraine 32-11. The team is fighting to represent Group C for the knock-out stage.

Regarding previous 40-point performances, Giorgos Kolokithas accomplished the feat in 1967.

Additionally, Nikos Galis scored over 40 points in five contests. His most memorable performance came in the 1989 EuroBasket semifinals. He generated 45 points against the Soviet Union.

After the win, Antetokounmpo mentioned to reporters, “When we started the game, we were a bit sloppy. We didn’t have a lot of energy. Not to make excuses, but they had a game last night and gave it their all.”

“But we went back at halftime, regrouped as a team, and we went out there in the third quarter, we defended well and from our defense, and we got a lot of looks on offense.”

“I think we did a good job in the second half being focused, playing our game, which is trying to get as many stops as possible as we can. Offensively, when we move the ball, good things are going to happen.”

Watch the Greek Freak’s highlights below.

When asked about his terrific third-quarter performance, Antetokounmpo explained, “I focus on what I can control. I try to create art; every game is a new experience for me, But I’ll say this is one of the years that I feel very excited to go out on the court and play with my teammates.”

“I saw them once, but I zoomed out and focused on the game,” said Giannis Antetokounmpo. “They’ve seen me many times and know what I’m capable of. I tried to focus on the team so that we build good habits, whether things are going well or not.”

On Thursday, Greece plays Estonia in the final game of the group stage. Per one poll from the International Basketball Federation, Greece has the third-best odds of winning the gold medal, trailing France and Slovenia.

To watch other NBA highlight videos, go to the main page.