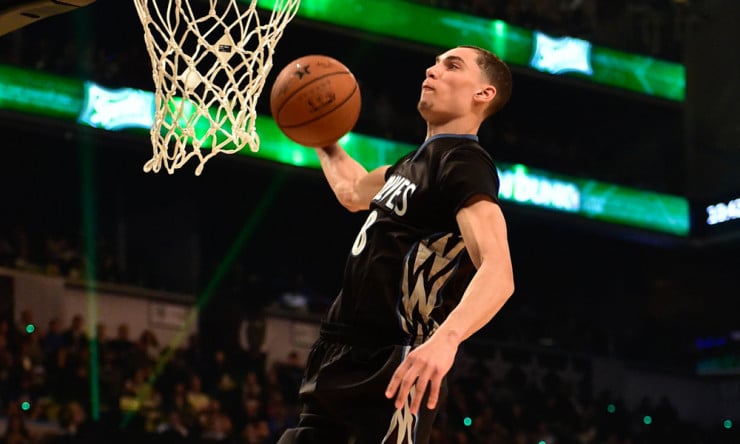 (Zach) LaVine, then, jumped a few inches in front of the free-throw line, went through his legs and stuffed it. While he lived at the free-throw line all night, which some could argue showed a lack of creativity, the dunks he did were impossible, which is why that last one also earned him a 50 and sent him to the winner’s podium for the second straight year.