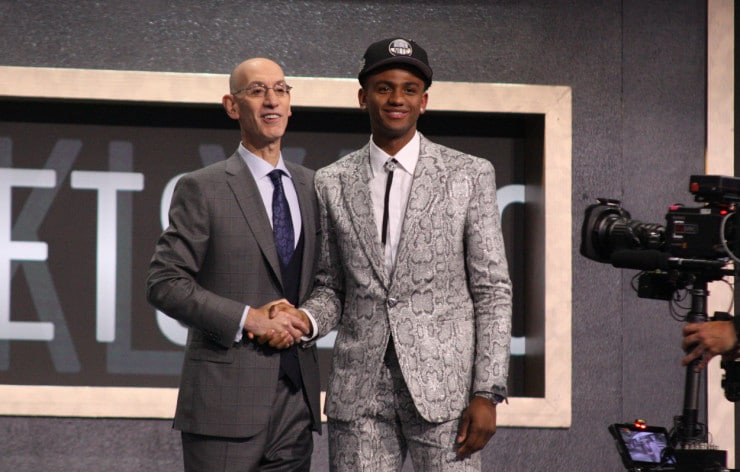 The New Orleans Pelicans traded the fourth overall pick in the draft to the Atlanta Haws for picks 8, 17 and 35. The Pelicans also sent Solomon Hill, the 57th pick and a future second-round pick to the Hawks in the deal.

With the 17th overall pick in the NBA Draft, the New Orleans Pelicans select Nickeil Alexander-Walker. Alexander-Walker is one of those players who can be one of the most productive players on the court without anyone really noticing. He can play on and off the ball and can deliver passes with a level of accuracy you wouldn’t expect.

Alexander-Walker is also solid operating with the ball in his hands and can thrive as a secondary ball-handler and play-maker. Add his passing and playmaking to the combination of Jrue Holiday and Lonzo Ball, and you can start to see how the Pelicans’ offense may operate in the halfcourt and in transition.

With superb athletes like Zion Williamson and Jaxson Hayes in the frontcourt and skilled passers and playmakers like Holiday, Ball and now Alexander-Walker, the Pelicans are poised to be one of the more entertaining offenses in the near future.

Alexander-Walker doesn’t have the athleticism or upside of other players who were still on the board at 17, but with his size and skill set, he should turn out to be a nice addition for a rapidly rebuilding Pelicans squad.