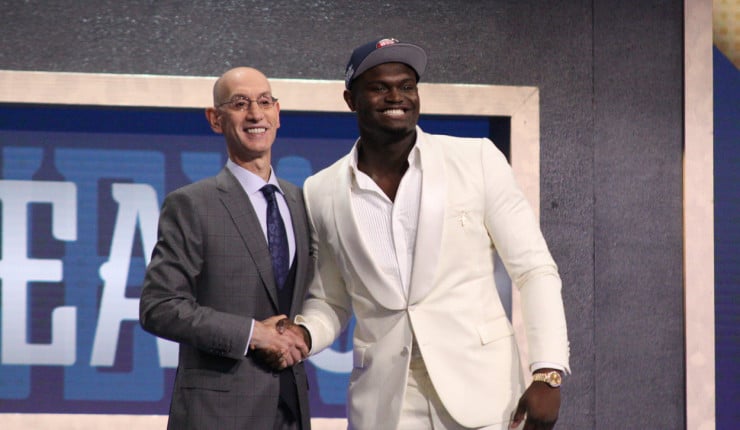 This pick was essentially cemented back in December after teams got a small sampling of what Zion Williamson was about. He is an absolute unit of athleticism, standing at 6-foot-6 and weighing in at 285 pounds. When considering his sheer size, the NBA likely has never seen a player quite like Williamson.

His ability to elevate allowed him to throw down dunks not yet seen on the college stage. Williamson’s speed affords him to guard multiple positions on the defensive end. His finishing ability — although not perfect — is light-years ahead of players his age. His three-point shooting could certainly improve, but he still hit 33.8 percent of shots from deep while attempting over two a game.

His fit with the Pelicans will be flawless — just like it would’ve been with any team lucky enough to draft him. You can plug him in the three or four for instant success, but his ability to handle the two or even the one can certainly develop over time given his intangibles.