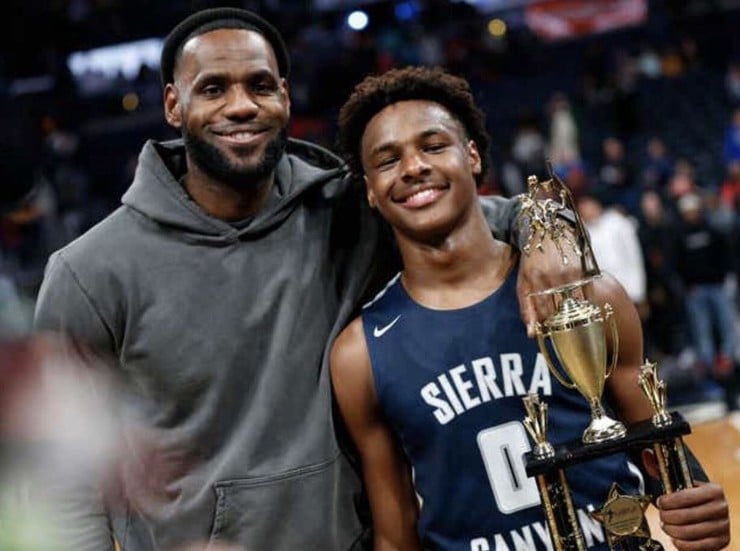 Bronny James joins his father Lebron James in deal with Beats By Dre. NIL deals have sparked a wave of athletes being signed by major companies and brands to represent them.

Lebron James Jr. aka “Bronny” is the latest high shcool athlete to take advantage of NIL deal signings. He’s teamed up with Beats By Dre who his father Lebron was the first ambassador for, 14 years ago.

This is Bronny’s final year of high school and he’s set to go to college next season. As Lebron’s son, the pressure is on Bronny to be a star like his Dad.

Of course Bronny is the first ever high school athlete to sign with Beats By Dre. Those are the perks of life you get as Lebron James son. The senior at Sierra Canyon High School is also being recruited by some of the biggest programs in college basketball. Would you expect any less?

Bronny has received an offer from Kentucky, Memphis, Michigan, Ohio State, Oregon, and USC. The 6’3 point guard was at Notre Dame vs Ohio State on September 3rd and Ohio State reaffirmed their standing scholarship to him. Lebron was also in attendance.

His dad will have an influence of where his son goes to play in college. As most know, Lebron went straight from high school to the NBA, but he’s had affiliation with Ohio State for years now as he is originally from Akron, Ohio. What if Bronny doesn’t take the traditional route, however?

He could sign with the G League Ignite or even go overseas and play in the NBL like LaMelo Ball did. Ultimately, the decision is up to Bronny on how he wants his future to go. There’s been a wide expectation that he may turn pro out of high school and play for the G League Ignite or go overseas in the NBL. The 18 year-old still has some time to decide.