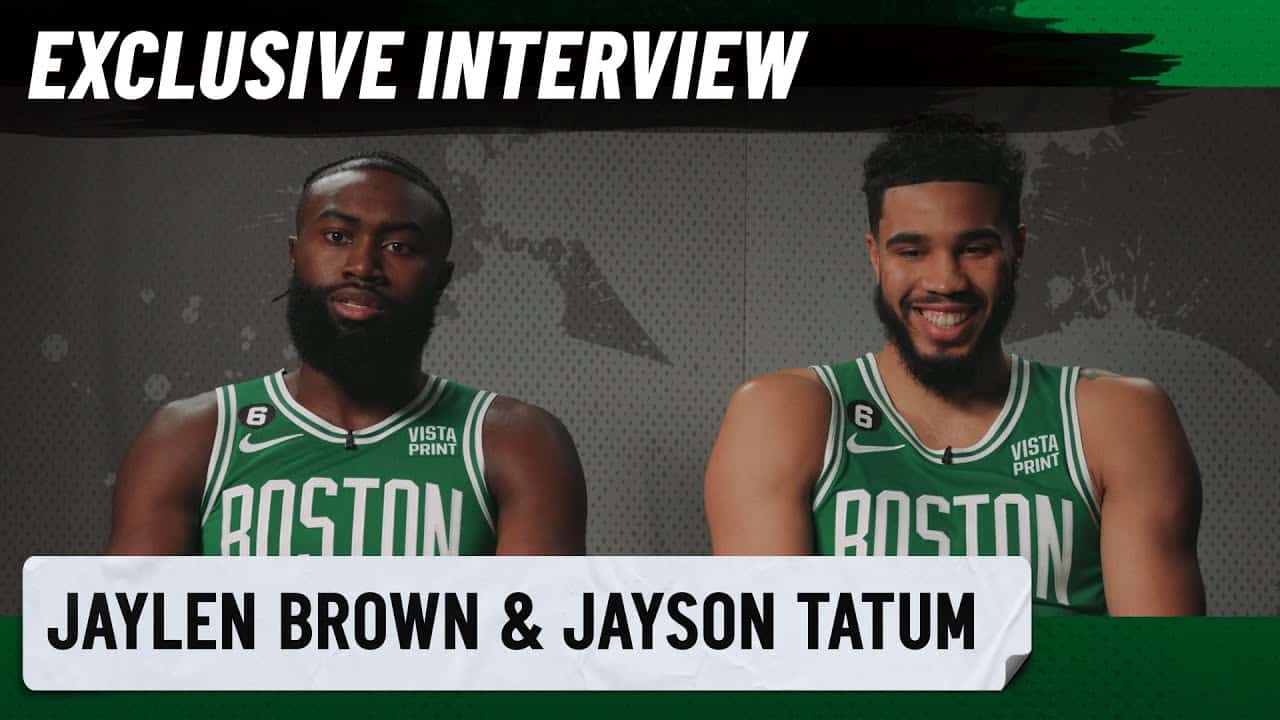 Boston Celtics star duo Jayson Tatum and Jaylen Brown sat down for an exclusive interview with NBC Sports Boston to discuss ambitions for next season and championship hopes.

Tatum, 24, and Brown, 25, guided the Boston Celtics to their first NBA Finals appearance in 12 years but fell short at the final hurdle at the hands of Steph Curry’s Golden State Warriors in six games.

Ahead of the NBA’s regular season tip-off on October 18 as the Philadelphia 76ers visit TD Garden to face the Celtics, Boston’s dynamic duo sat down with Chris Forsberg during media day last week.

"Besides the curls?" 😂@Jaytatum0 and @FCHWPO sat down with @ChrisForsberg_ to discuss the one attribute they'd take from each other's game, and much more ☘

“It seems everybody could be yelling and screaming or passionate, and JT’s got that ability where he’s just in his own vibe, you know what I mean?” Brown said. “He’s able to keep himself not too high or not too low. At times where it could be frustration and you want him to say something to speak out, he just be — he don’t say nothing. He’s just cool.”

The pair came under serious scrutiny from the media after beginning the 2021-22 campaign with an 18-21 record in January which left the Celtics three games under .500 and put the team’s playoff hopes in jeopardy.

Tatum is +1200 to win the MVP award for the first time in NBA betting, making the 24-year-old one of the leading favorites, but surprisingly didn’t receive any votes from NBA general managers in the recent survey taken of who will take home the honor this season.

Boston began their pre-season campaign on Sunday with a comfortable victory against the Charlotte Hornets as Brown and Tatum continued to shine – this time under new interim head coach Joe Mazzulla.

The Celtics are sure to be a leading candidate to lift the Larry O’Brien trophy next June, but face strong opposition from the likes of the Warriors, Bucks, Los Angeles Clippers, and Phoenix Suns.