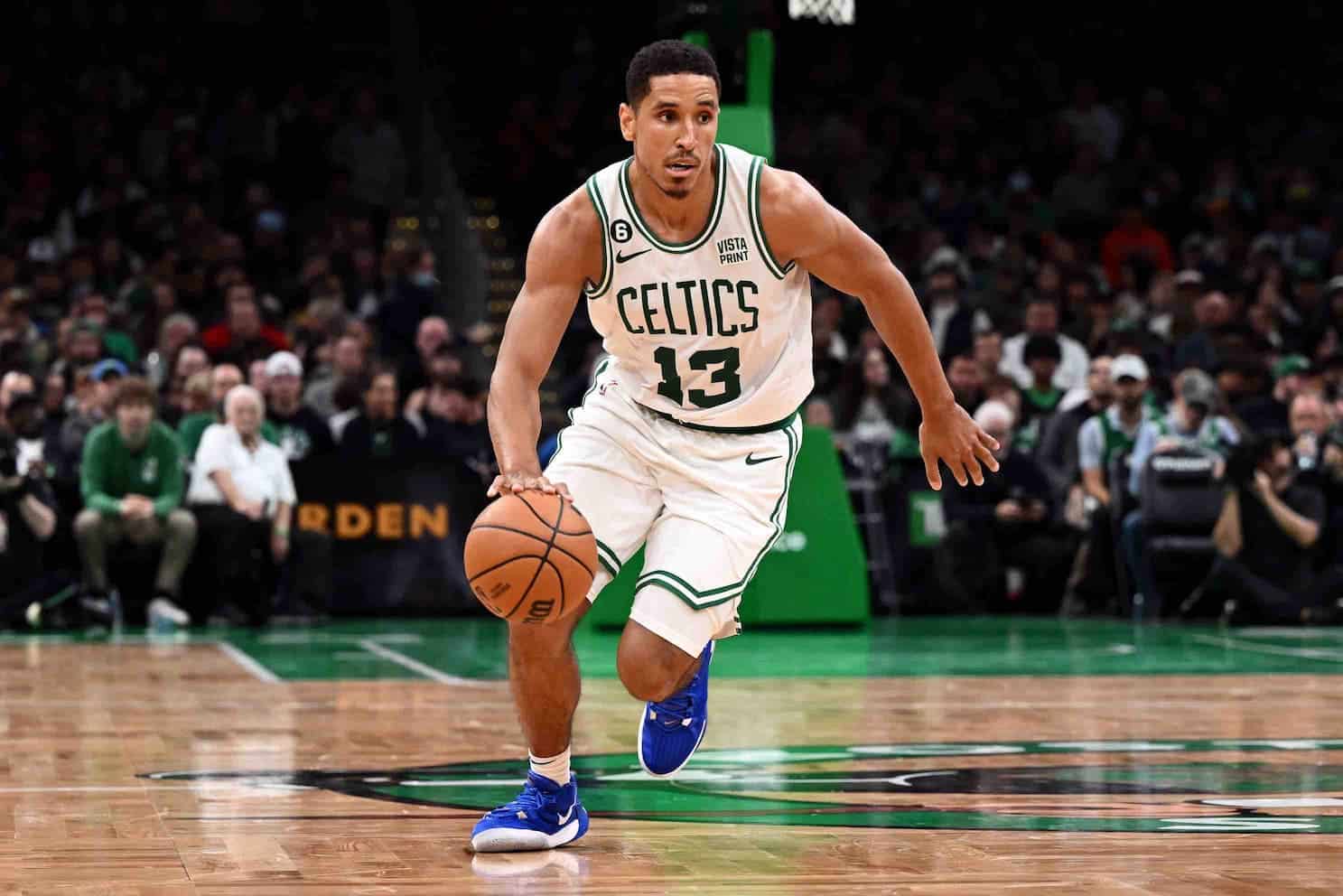 Malcolm Brogdon has revealed he was offered a choice of which team he would be traded to this summer – the Boston Celtics or Toronto Raptors.

In a deal that very few could have foreseen, Malcolm Brogdon was traded in July from the Indiana Pacers to Boston Celtics in a package involving Aaron Nesmith, Daniel Theis, Malik Fitts, Juwan Morgan, Nik Stauskas, and a first-round pick.

Brogdon, 29, won the NBA’s Rookie of the Year award with the Milwaukee Bucks in 2017 and is considered to be a borderline All-Star caliber player. The Atlanta-born guard is a member of the prestigious 50-40-90 club, achieving the feat in 2019.

Averaging 19.1 points, 5.1 rebounds, and 5.9 assists per game for the Pacers last season, if the number seven can stay healthy this could become one of the biggest steals in league history – especially if Boston can replicate last season’s success with another trip to the finals.

Sam Hauser is 9-for-13 from downtown so far in preseason.

7 of his 9 threes were assisted by Malcolm Brogdon: pic.twitter.com/KGQo59hKvo

Speaking to Sirius XM radio last week, Brogdon confirmed he chose the Celtics because they were ‘farther along’.

“The opportunity came up for me to move on from the Pacers,” Brogdon said. “They worked with me great, allowing me to have a say in my transition, where I would go based on what the interest was.”

“At the end of the day, we knew there was Boston, we knew Toronto we knew DC,” Brogdon said of his trade options. “DC fell off after the draft since they were thinking about trading that 10th pick for me. Toronto and Boston popped up.

“We had a choice to pursue — there wasn’t an offer on the table yet from either of them but the Pacers came to me and said we could pursue either of them and which one would I rather pursue? I choose Boston.”

The 29-year-old cited superstar duo Jayson Tatum and Jaylen Brown as a definitive factor in his decision to join the Celtics.

“I thought this team was farther along,” Brogdon said of Boston. “They have a superstar in Jayson Tatum and probably another superstar in Jaylen Brown as well. I thought it would be a great fit for me because I wanted to win right now.”