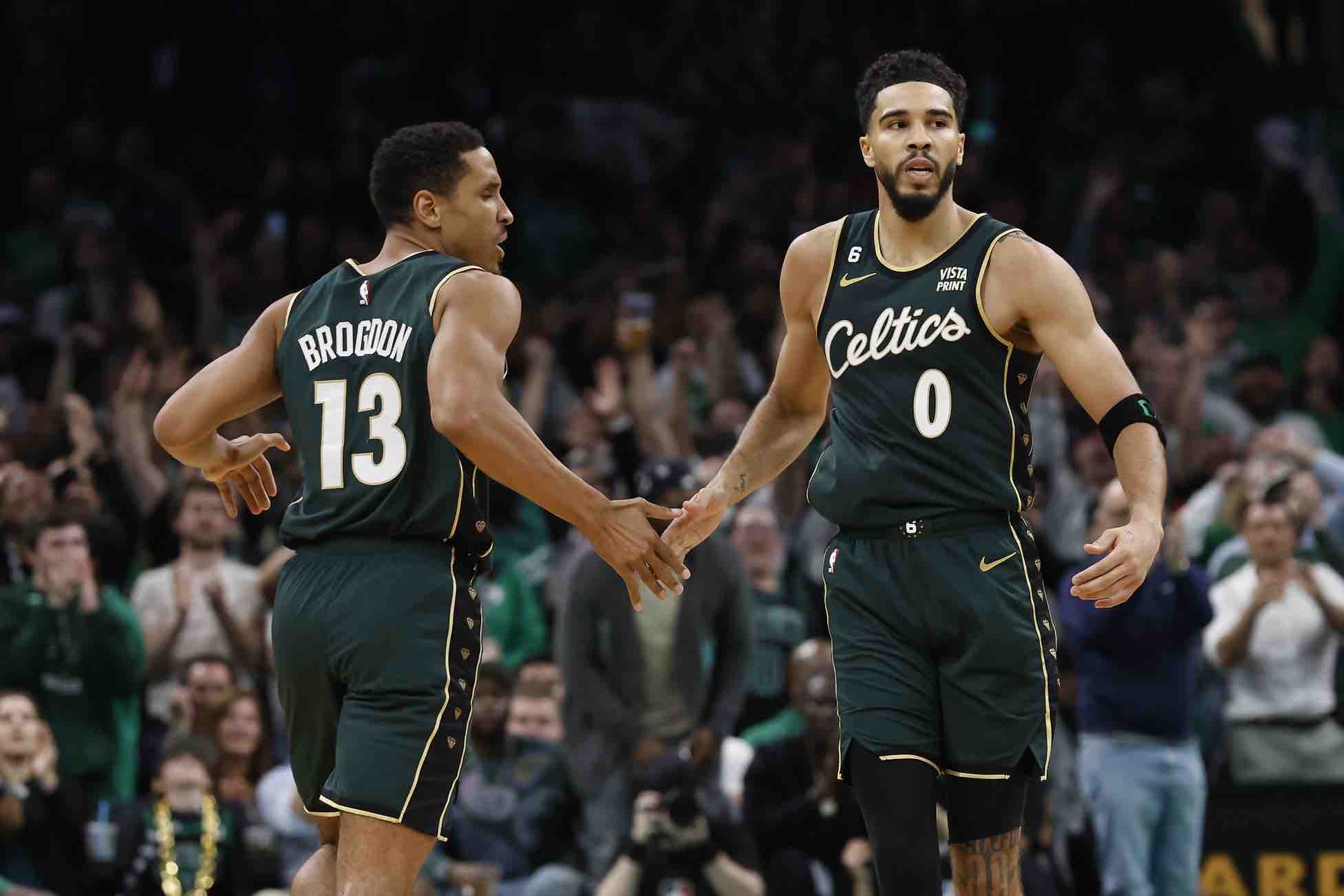 The Boston Celtics are the best team in the league right now with a 17-4 record. Jaylen Brown and the Celtics have won 13 of their last 14 games and it’s been nearly impossible to beat them in that stretch. One offseason addition for the Celtics has proved to be a great piece for Boston this season.

Malcolm Brogdon and the Celtics are both enjoying there time together so far. Behind Jayson Tatum and Jaylen Brown, Brogdon is the third highest scorer per game for the team. His scoring average this season is the third lowest of his career, but he’s never been on a team with this much talent and depth. He’s said so himself.

NBA betting sites have Boston at (+400) to win the Finals this season.

Malcolm Brogdon says nothing has ever come close to the quality of basketball he's experiencing with the Celtics.

"This is a treat. I think for any NBA player, whether you ask Marcus Smart, Tatum, Brown, anybody – it’s a treat playing on a team like this." pic.twitter.com/O99veahKO0

You can’t forget that Brogdon was the 2016-17 ROY and is one of nine players in NBA history to shoot 50/40/90 in a season. Boston has a great role player in Brogdon who’s capable of much more.

“(Marcus Smart), (Jayson Tatum), (Jaylen Brown), (Grant Williams), these guys haven’t seen other teams,”…”So they don’t know how other organizations, other teams, how everything works in other places. There’s a lot of good here from the top down. From leadership down to the PTs to the players, there’s a lot of good here and I remind the guys of that when times get tough”. – Malcom Brogdon

This season, Brogdon averages (14.0) points, (3.9) rebounds, (3.8) assists per game. He’s shooting a red hot 47 percent from behind the arc this season for Boston. Brogdon has provided a nice element of consistent scoring and playmaking coming off the bench. It’s a new adjustment this season then what he’s used to. He had started every game he played in the four previous seasons he played. With all the talent the Celtics have, Brogdon is yet another piece that Boston will love having come playoffs.