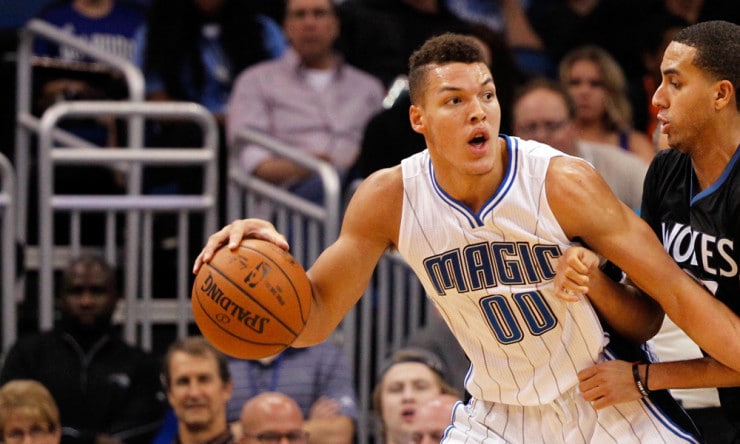 Wednesday night in the NBA is typically one of the busiest nights of the week as most teams are in action. There are 11 games set to tip off tonight, leaving you with plenty of options when building your DraftKings lineups.

The key to winning in DraftKings is having some cheaper players on your rosters who will perform well and allow you to afford players like Kevin Durant, Russell Westbrook and John Wall among others. We’re here to help you set your lineups by highlighting several players who seem poised to do well given their recent success or upcoming matchup.

If you haven’t done so already, be sure to enter our DraftKings league before 7 p.m. ET tonight. It is $3 to play (or FREE for new users) and it has a $15,000 first-place prize. Here are six bargain players to keep an eye on tonight – all of whom will cost you less than $6,000:

Hill looks to be the most reliable option tonight at point guard within our price range. He has a very favorable matchup against a Brooklyn Nets team that ranks 22nd against opposing point guards. Hill is coming off of one of his best DraftKings outings of the season, scoring 41.3 fantasy points on Monday against the Cleveland Cavaliers.

After missing three games for the birth of his first child, Hill has been very solid for fantasy owners. In five games since returning, he’s averaging 27.3 fantasy points per game and hasn’t scored fewer than 19.8 points during that stretch. Given his recent play and upcoming matchup, Hill seems like a safe bet in either guard spot tonight.

We’ve gone with Caldwell-Pope numerous times this season, and he’s proved to be a very reliable option to count on. He’s been very effective over the course of the past several weeks. He’s turned in 10-straight outings with at least 22.5 fantasy points and has scored in double-digits in each of those games.

With so many top players in action tonight, Caldwell-Pope should be one of the cheaper guys you target so you can afford those higher-priced guys. Although the Boston Celtics rank sixth against opposing shooting guards, Caldwell-Pope recorded 20 points and four rebounds the last time these two teams played on January 6, which was good for nearly 30 fantasy points.

Since entering the starting lineup a few weeks ago, Gordon has become a solid fantasy option. Given his recent play, his price tag is beginning to climb, and it could be well above our $6,000 limit if his hot play continues. Gordon has started the past six games for the Magic, and has scored at least 22.3 fantasy points in each of those outings.

As a starter, Gordon is averaging 12 points, 10.7 rebounds and 2.3 assists per game. He had his best performance of the season two games ago, recording 19 points, 14 rebounds and five assists – which was good for 49.5 fantasy points. Take advantage of Gordon while his price tag is still low.

Since you’re likely going to take one of the top power forwards like DeMarcus Cousins, Anthony Davis or Draymond Green, we’re going to list another small forward here. If you’re looking for a very cheap option, Dudley could be your guy. He could also be an option at your forward or utility positions.

Washington recently moved Dudley back to the starting lineup in an attempt to play smaller, and he’s performed very well. While he’s started two-straight games, he’s put up at least 24 fantasy points in each of his last three games, including two outings with 30 fantasy points. He’s going to give you production all across the board as he’s averaging 9.8 points, four rebounds, 2.5 assists and 1.1 steals in 28 games as a starter.

Jokic has been one of the hottest centers over the past week or so. He’s averaging 19.3 points, 11.7 rebounds, three assists and two steals over his last three games, which has translated to 44.8 fantasy points per game.

He’s coming off of a 53.5 fantasy point performance on Monday after scoring 27 points, 14 rebounds and four assists. If you look back on his last six games, he’s scored over 30 fantasy points in all but one of those games. It’s clear that you need to find a place in your lineup for Jokic until he cools off.

With an injury to Kevin Garnett, Dieng has moved into the starting role and has played exceptionally well. In four-straight starts, Dieng has scored over 30 fantasy points in each of those games. He’s averaging 18.3 points and 10 rebounds during this stretch and has provided the Timberwolves with great production in place of Garnett. The Los Angeles Clippers rank 24th against opposing centers, so Dieng should continue his hot streak again tonight.