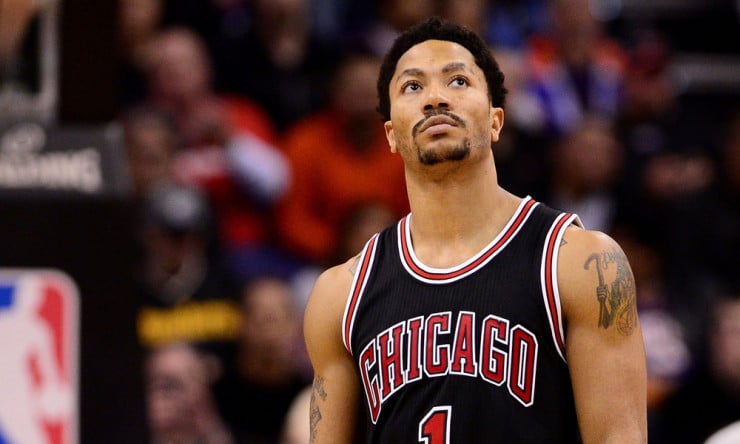 The real-life return of Derrick Rose – 2011 MVP Rose, not 2015 torn meniscus Rose – was the talk of Chicago following the Bulls’ 103-91 Game 1 victory over the visiting Milwaukee Bucks. Not only did he score 23 points and knock down a trio of three-pointers in the third quarter, he also he looked like the old version of himself, attacking the basket and finishing with that athletic contorting that originally made him famous. Some thought Rose would require some time to get back to full speed, but he did not. He looked great, as good as he’s looked in three years, which just so happens to be how long it’s been since he played a playoff game.

Milwaukee is a good defensive team, though – much better than they showed in the series opener on Saturday. Chicago needs to stay hot offensively to keep the Bucks on their toes, especially if they plan on pushing the pace again in Game 2. Rose was a 28 percent three-point shooter during the regular season, but he shot 3-for-7 in Game 1. It’s hard to think that’s sustainable, but Rose hitting his threes makes him absolutely impossible to guard. That does nothing but help Chicago.

Beyond Derrick, though, Jimmy Butler looked great, suckering the Bucks into silly fouls and scoring from all over the floor. Led by Rose and Butler, the Bulls are flaunting serious chemistry right now and look like they’re firing on all cylinders already. Momentum can shift at any point in a seven-game series, but the Bulls have all of it right now.

If Milwaukee is going to change that, they’re going to have to run a more efficient offense. Milwaukee started off Game 1 hot but then fell off the map, not necessarily because Chicago was stifling them on offense but because they really just weren’t taking good shots, resulting in the team shooting under 40 percent from the field. Early in the game, Giannis Antetokounmpo attacked the basket and saw some really positive results, but by the second half he was settling for jump shots, most of which he was not making. O.J. Mayo really put a kink in the offensive flow in the second half too (he finished 1-for-7 in Game 1), and it was at that point that it really started to look like Game 1 wouldn’t be a particularly close one.

Khris Middleton had a slow first quarter and missed a handful of shots pretty badly, but when it was all said done he had picked things up and finished the game with a team-high 18 points. He’s capable of playing full games the way he did the second half of Game 1, and Milwaukee probably won’t win much unless Middleton is consistently better this series.

Generally speaking, however, the Bucks just don’t have the kind of star power that the Bulls do. While Milwaukee was great on Saturday at forcing turnovers, Middleton, Antetokounmpo and Michael Carter-Williams are an interesting core for the future, but so far they look a little shell-shocked. All three players will need to burgeon more quickly in Game 2 for Milwaukee to have a shot at winning a game in this series, let alone the series itself.

The Bulls look too good and too experienced to drop a game at home this series. Chicago should take the game about as easily as they did Game 1.