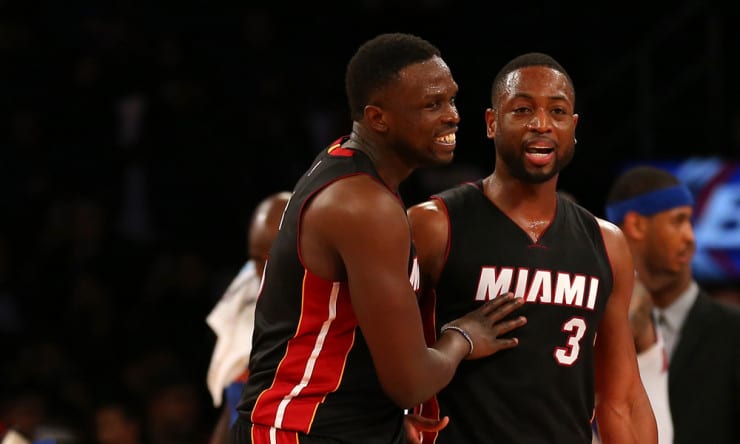 Miami took a commanding 2-0 series lead over Charlotte on Wednesday night, defeating the Hornets 115-103. The HEAT displayed a balanced scoring attack in the game, as five players scored in double figures with Dwyane Wade leading the charge with 28 points.

The second quarter proved to be pivotal in the game; the HEAT opened up a 12-point lead after finishing the first half on a 25-13 run. The HEAT converted on 16-of-19 shots in the quarter and were paced by nine points from Hassan Whiteside and eight points each from Luol Deng and Goran Dragic.

The roles of the two teams have completely switched, as the Hornets have shot only 21 percent (7-of-33) from three-point range in the two games and the HEAT have converted on 53 percent (18-of-34) of their three-point shots during the series.

Kemba Walker came out on fire in the first half, scoring 21 points on 8-of-13 shooting from the field. Miami was able to cool Walker off as he went just 1-of-7 from the field in the third quarter and would finish with the game with 29 points. The Hornets were able to limit the HEAT to 43 points in the second half, but were unable to make up the first-half deficit.

Josh Richardson came up big for the HEAT, as he chipped in 15 points off of the bench. He helped the HEAT withstand the Hornets’ comeback attempt by scoring eight points in the third quarter.

Whiteside was able to remain effective for the entire game after picking up two early fouls in the first quarter. He finished with 17 points on a perfect 8-of-8 shooting from the field while adding 13 rebounds and two blocked shots.

The series will now shift to Charlotte for the next two games as the Hornets will attempt to get back into the series. Game 3 is set to tip off at 5:30 p.m. EST on Saturday. Charlotte posted a 30-11 record in their arena during the regular season and hope some home cooking on Saturday will help them stay alive.