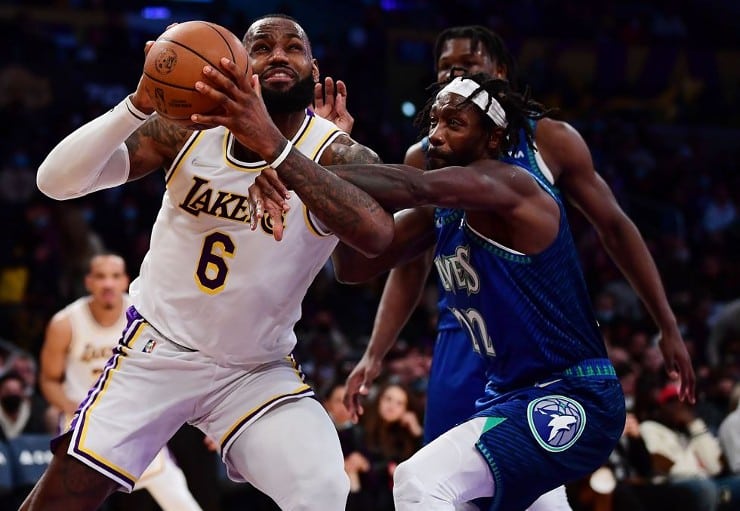 The Utah Jazz have traded Patrick Beverley to the Los Angeles Lakers for Talen Horton-Tucker, according to Shams Charania of The Athletic. The full details of this NBA trade are unknown right now.

Of course, Beverley was selected 42nd overall by the Lakers in the 2009 NBA Draft. Though, his draft rights were then traded to the Miami Heat for cash and a 2011 second-round draft pick.

Beverley then signed as a free agent with the Houston Rockets.

Earlier during this offseason, the 10-year NBA veteran tweeted this message on July 16: “Bron went crazzy today. 😂 like a NBA Game.”

Now, Beverley will have the chance to play alongside LeBron James, Anthony Davis and Russell Westbrook. Last season, in 58 games played with the Minnesota Timberwolves, the guard averaged 9.2 points, 4.1 rebounds, 4.6 assists and 1.2 steals per game.

Also, he finished shooting 40.6% from the field and 34.3% from 3-point range. Of the 58 games played last season, Beverley made starts in 54 contests. The Lakers should become a stronger team defensively with the 34-year-old.

Based on Beverley’s current contract, he is expected to earn $13 million in the 2022-23 season.

The Jazz are trading Patrick Beverley to the Lakers for Talen Horton-Tucker, sources tell @TheAthletic @Stadium.

Additionally, Talen Horton-Tucker was selected 46th overall by the Orlando Magic in the 2019 NBA Draft. But his draft rights were then traded to the Lakers for cash and a 2020 second-round draft pick.

He helped LeBron and Davis win a championship with the Lakers in the 2019-20 season. During the 2020 Western Conference semifinals, in five games, Horton-Tucker averaged 7 points and 2.5 rebounds per game.

On August 6, 2021, Talen Horton-Tucker signed a three-year, $32 million contract extension with the Lakers. According to his current contract, the guard will make $10.260 million next season.