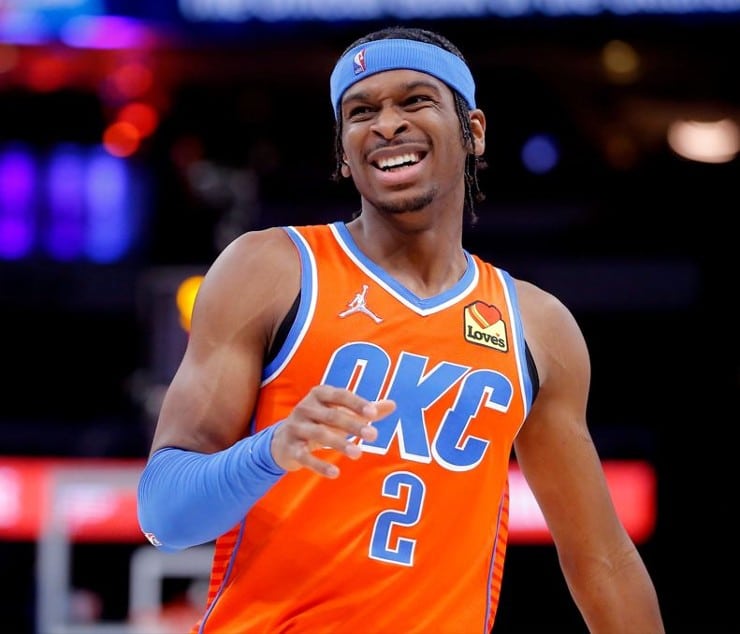 The New York Knicks are interested in trading for Oklahoma City Thunder guard Shai Gilgeous-Alexander. While the trade package for Donovan Mitchell was squashed, one source suggests Gilgeous-Alexander is a better fit under head coach Tom Thibodeau.

According to Marc Berman of the New York Post, SGA is one of the potential targets for Knicks president Leon Rose. “The Knicks will be on the lookout for the next disgruntled player who goes on the trading block with Oklahoma City point guard Shai Gilgeous-Alexander previously mentioned.”

There will be other disgruntled fish in the sea – with OKC PG Shae-Gilgeous Alexander often mentioned https://t.co/6NQWBCOLdC

“Ironically, the Knicks passed on him in the 2018 draft, much like they whiffed on Mitchell in 2017,” continued Berman. “Gilgeous-Alexander could be a better fit with Brunson than Mitchell.”

Furthermore, in the 2020-21 season, through 35 appearances, Gilgeous-Alexander averaged a then career-high 23.7 points per game. And he shot a career-high 50.8% from the floor.

Though, his season came to an end after suffering a tear in his plantar fascia. Past injuries won’t stop the Knicks from trading for the Kentucky product.

On August 6, 2021, SGA signed a five-year, $172 million rookie extension with the Thunder. For an added bonus, if the guard receives an All-NBA honor, his contract can increase to $207 million.

In the Thunder’s 108-94 win over the Denver Nuggets on Dec. 22, the guard finished with his second career triple-double. He amassed 27 points, 11 rebounds, and 12 assists.

The guard has improved each season of his NBA career. Trading away Gilgeous-Alexander would become another setback for the Thunder.

However, G.M. Sam Presti will likely receive at least one first-round draft pick from the Knicks. The guard can either continue playing for a rebuilding team, or he could demand a trade to a playoff contender.

Besides, the Thunder’s season was doomed before it even began. Chet Holmgren, the No. 3 pick of the 2022 NBA Draft, suffered a season-ending injury to his right foot during a Seattle Pro-Am game. Now is the best time for SGA to move on.

More news stories and rumors concerning Shai Gilgeous-Alexander and the Thunder are on the main page.