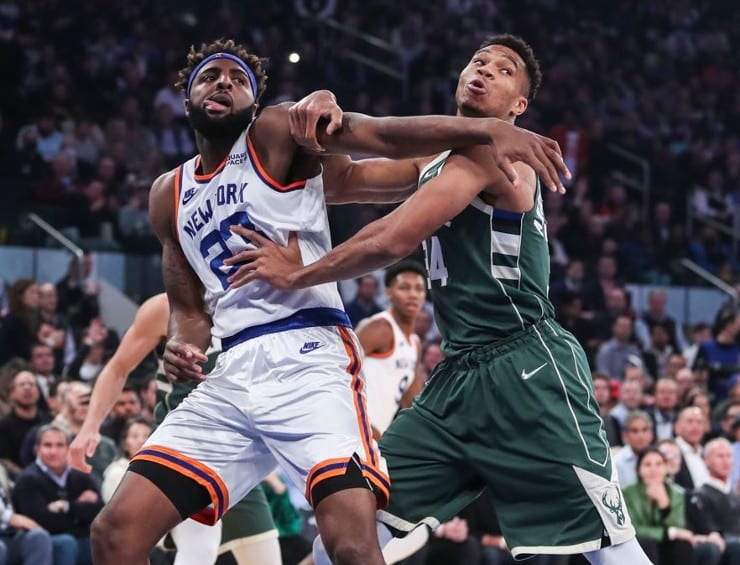 New York Knicks center Mitchell Robinson is aiming to win Defensive Player of the Year, he revealed ahead of the Knicks’ road game against the Milwaukee Bucks on Friday.

According to some NBA betting sites, Robinson has the 25th-best odds to win DPOY in 2023. A few sportsbooks are giving Antetokounmpo the second-highest odds behind Rudy Gobert.

On Wednesday, in the Knicks’ 134-131 overtime win over the Charlotte Hornets, the center ended his performance with 9 points, 8 rebounds, and 6 blocks in 37 minutes of action.

His first test awaits him at Fiserv Forum on Friday. Through three games this season, Antetokounmpo is averaging 36 points, 13 rebounds, 5.3 assists, and 2 blocks with the Knicks.

“Yeah, it is more motivating. I can make my mark,” Robinson mentioned on competing against the two-time MVP. “It’s like, ‘Hey, bro. This is what it is. This is what I’m supposed to do.'”

Robinson owns a 3-6 career record against the six-time All-Star.

When asked if winning Defensive Player of the Year is one of his goals, Robinson replied, “I’m trying to get it. And I’m going to continue to fight to get it.”

Robinson’s game plan includes protecting the paint and plugging the lanes. The Greek Freak is aggressive in the key. It’s no secret; he wants to leave the lanes closed as much as possible.

“He’s running and dunking and driving in the gaps,” continued the Knicks center. “That’s really it. You got to fill gaps, man. He’s got long legs, long arms. You got to make sure he can’t get nowhere.”

If the center receives support from the backcourt — in Jalen Robinson and Julius Randle — Robinson’s strategy could work. Though, the Bucks have won the last three matchups against the Knicks.

Aside from turnovers, another factor that led to the Knicks’ loss was their pitiful free throw shooting. They shot 16-of-28 (57.1%) from the line. Up until now, the team is shooting 75.9% at the foul line this season, ranking 19th overall in the league.