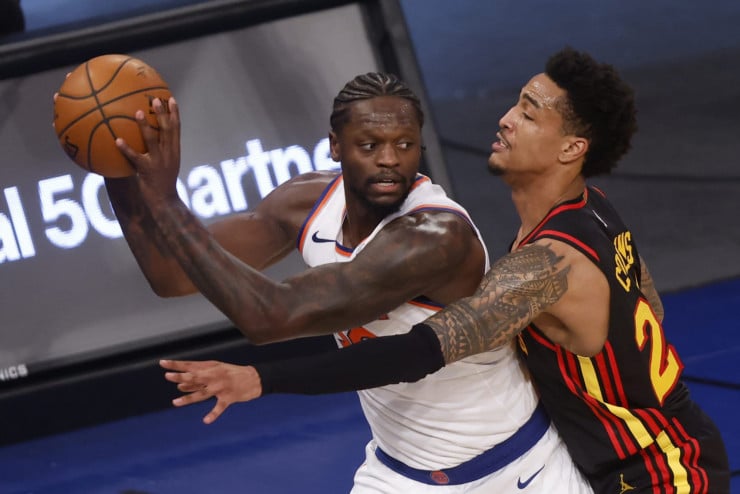 Julius Randle has agreed to a four-year, $117 million contract extension with the New York Knicks. His deal’s total value is now worth up to five years and roughly $140 million. The contract extension includes a player option in the final year. In the 2020-21 season, the 26-year-old power forward/center averaged a career-high 24.1 points, 10.2 rebounds and six assists per game in 71 games played. He also shot 45.6 percent from the field.

Scoring-wise, Randle’s performance last season was the best of his NBA career, averaging 24.1 points per game, shooting 41.1 percent from behind the arc and maintaining his highest free throw shooting percentage of his career (81.1 percent). In the first-round playoff series against the Atlanta Hawks, in 36 minutes played, Randle averaged 18 points, 11.6 rebounds and four assists per game. This was the first postseason series of his NBA career, but the Hawks defeated the Knicks four games to one in Game 5.

Last season, the seventh-year player was selected to his first NBA All-Star Game while also qualifying for the All-NBA Second Team. Despite ranking third in the league in missed field goal shots (602) and second in personal fouls (225), he ranked seventh in total points scored (1,712) and tenth for total rebounds (723). Plus, Randle won NBA Most Improved Player. On July 8, 2019, Randle signed a three-year, $62.10 million contract as a free agent with the Knicks.