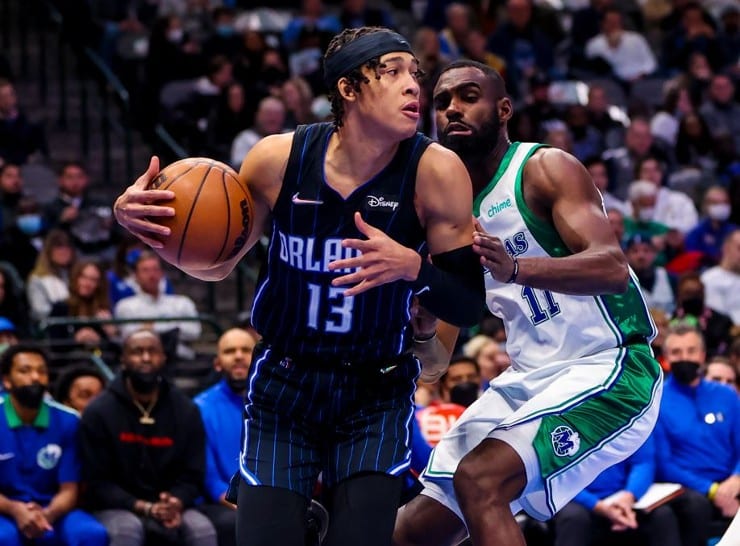 Orlando Magic guard R.J. Hampton is set to become a free agent next summer. The Magic exercised their third-year options on Franz Wagner and Jalen Suggs, along with the fourth-year options of Cole Anthony and Chuma Okeke.

Some NBA betting sites are giving Orlando the fifth-lowest odds to win the championship in 2023. While the Magic are now 1-5, a couple of sportsbooks are dropping their odds of qualifying for the postseason.

– All four players are now signed through the 2023-24 season#MagicTogether pic.twitter.com/910Co3r2s9

The NBA deadline for contracts containing the 2023-24 team option is this Monday, Oct. 31. For those wondering, the front office can re-sign Hampton next summer. If not, he will become an unrestricted free agent.

Last October, the Magic exercised the guard’s $2.41 million option for this season.

Hampton was selected 24th overall by the Milwaukee Bucks in the 2020 NBA Draft. Four days later, the Bucks traded the former National Basketball League (NBL) star to the Nuggets.

For clarification, R.J. Hampton is slated to be an unrestricted free agent (UFA) this offseason.

The Magic can still re-sign him as a free agent. https://t.co/QaNJSM24Qf

Hampton was then named the NBA Eastern Conference Rookie of the Month for May. Of course, it was the first time a Magic player won the award since Elfrid Payton in 2015.

Last season, in 64 appearances, R.J. Hampton averaged 7.6 points, 3 rebounds, and 2.5 assists. So far, the 21-year-old is not meeting expectations.