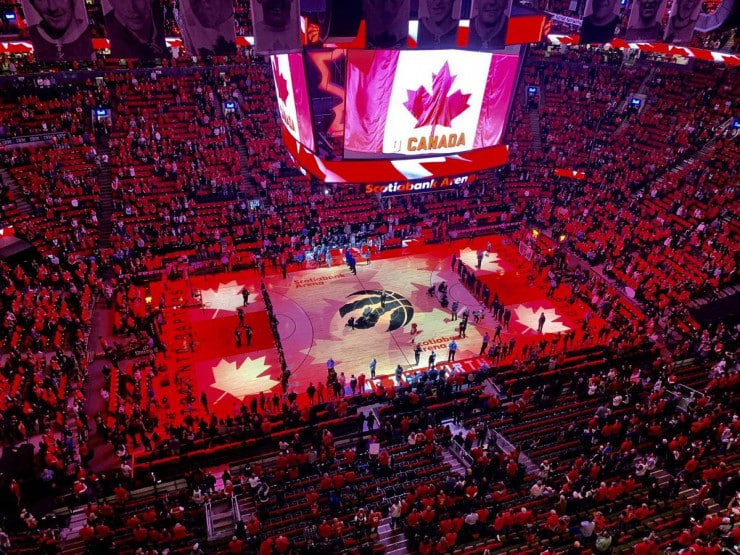 After receiving approval from the Canadian government, the Raptors are back to playing home games in Toronto; this latest Raptors news is sending a positive message to “We The North” faithful. Their first preseason game at home is against the Philadelphia 76ers on Oct. 4. The first home regular season game is versus the Washington Wizards on Oct. 20.

Moreover, February 28, 2019 was the last time the Raptors played at the Scotiabank Arena. From the start of the 2021-22 regular season, this is a time span of about 20 months. However, now that the team is back to playing home games at the Scotiabank Arena, will this news lead bettors to pick the over on Toronto’s win total probability?

Per oddsmakers at Bovada, their over/under is set at 35.5 for the upcoming 2021-22 NBA season. Their 2020-21 win total was set at 42 games last season, in accordance to PointsBet. This new season should be a bit different from last season’s fiasco. Therefore, should their win total be higher, considering they’re now back in Toronto?

Raptors get green light to play at Scotiabank Arena this season

Nevertheless, in order for the team to regain home-court advantage, there are various requirements needed to be followed in order for fans to attend these said home games. The Raptors organization have passed a vaccine mandate, and a negative test for COVID-19 is not sufficient. In order to attend home games, individuals must show proof of vaccination or a medical exemption.

In late August, Raptors president Masai Ujiri said, “Our hope is we’re playing at home. We have no interest. We have not looked elsewhere. We’re not going to look elsewhere. We’re playing—we’re trying to play at home. That’s the goal for us.” Needless to say, Toronto’s front office were frustrated after a little while of playing their home games at Amalie Arena in Tampa, Florida.

“Playing away set us back a couple of years. Playing another year somewhere else would set us back five years.” Last season, the Raptors finished 27-45 (.375), ranking fifth in the Atlantic Division and 12th overall in the Eastern Conference. While the team missed the playoffs, they earned the fifth overall pick of the 2021 NBA Draft.

They later selected Scottie Barnes from Florida State. Although Kyle Lowry was traded to the Miami Heat, they still have Pascal Siakim and Fred VanVleet. They will have to prove to bettors once again that playing in your home stadium matters.

Fan support can give a team the edge in a close contest. Furthermore, the COVID-19 pandemic is ongoing, and the Raptors were the only team forced to play home games in another team’s stadium throughout the course of the 2020-21 season. It is now put up or shut up time for the NBA’s lone Canadian team.