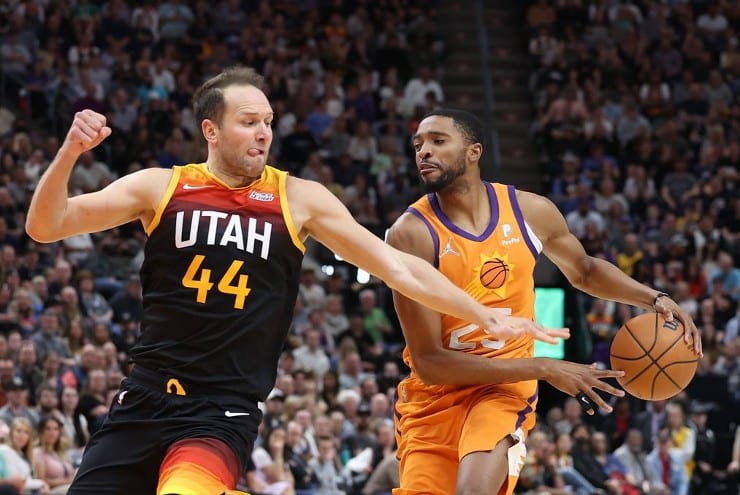 The Phoenix Suns are interested in trading for Utah Jazz forward Bojan Bogdanovic, according to sources. This news comes a day after the Jazz traded Donovan Mitchell to the Cleveland Cavaliers for Lauri Markkanen, Collin Sexton and Ochai Agbaji.

Then, Sexton signed a four-year, $72 million deal to join the team. Despite losing Mitchell, they still have the chance to remain competitive in the Western Conference.

Not to mention, the team has two 2022 first-round college stars: Agbaji and Walker Kessler.

The eight-year NBA veteran can give any playoff team an extra push. In the 2019-20 season, Bogdanovic’s first season with Utah, the forward averaged career-highs 20.2 points and 2.1 assists per game.

During the second round of the 2021 NBA Playoffs, in the Jazz’s 119-111 loss to the Los Angeles Clippers in Game 5, the wing scored a playoff career-high 32 points in 39 minutes played.

Adding Bojan Bogdanovic into the mix would be a terrific move by Suns G.M. James Jones. Along with Jae Crowder, Dario Saric and Mikal Bridges, the Suns would have enough depth to make another playoff run next season.

However, the asking price for Bogdanovic is unknown. Jazz executive Danny Ainge excels at fleecing opposing teams in trades. Only time will tell on whether or not the Mitchell trade was worth it.