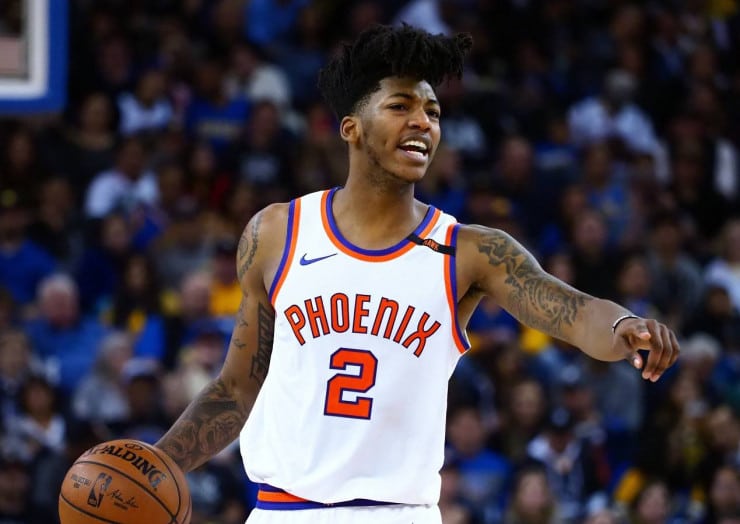 Free agent point guard Elfrid Payton has agreed to a one-year deal with the Phoenix Suns. During the 2017-18 NBA season, the then 23-year-old player was traded by the Orlando Magic to the Suns for a 2018 second-round pick (Jarred Vanderbilt was selected). The Louisiana native averaged 11.8 points, 5.3 rebounds, 6.2 assists and one steal per game with Phoenix that season. In the 2020-21 season, with the New York Knicks, Payton averaged 10.1 points, 3.4 rebounds and 3.2 assists per game in 63 games played. He also averaged 43.2 percent from the field and 28.6 percent from three-point range. Aside from shooting percentage, statistically, last season was considered a down year for Payton, averaging fewer rebounds, assists and steals per game.

Scoring-wise, his production value is sufficient for the 2021 Finals runner-up in the Western Conference. On November 19, 2020, Payton was waived by the Knicks. However, ten days later, the 27-year-old guard signed a contract to remain in New York. Last season, he earned $4,767,000. Per sources, Payton is expected to be the third point guard for roster depth on the Suns. Chris Paul, who signed a four-year $120 million contract, is the first starting guard. Cameron Payne is projected to be the backup point guard. On August 2, 2021, he re-signed with the organization, agreeing to a three-year, $19 million contract. Payton is an adequate, veteran guard for head coach Monty Williams to use off the bench.

During the night of the 2014 NBA Draft, the Louisiana-Lafayette player was traded by the Philadelphia 76ers to the Magic for Dario Saric, a 2015 second-round pick (Willy Hernangómez was selected) and a 2018 first-round pick (Landry Shamet was selected). The six-foot-three guard was also selected NBA All-Rookie First Team back in 2015. With the Knicks, on January 31, 2020, Payton was issued a one-game suspension for shoving Jae Crowder in a January 29th matchup versus the Memphis Grizzlies. When he keeps his cool, though, the seventh-year player does his job effectively.