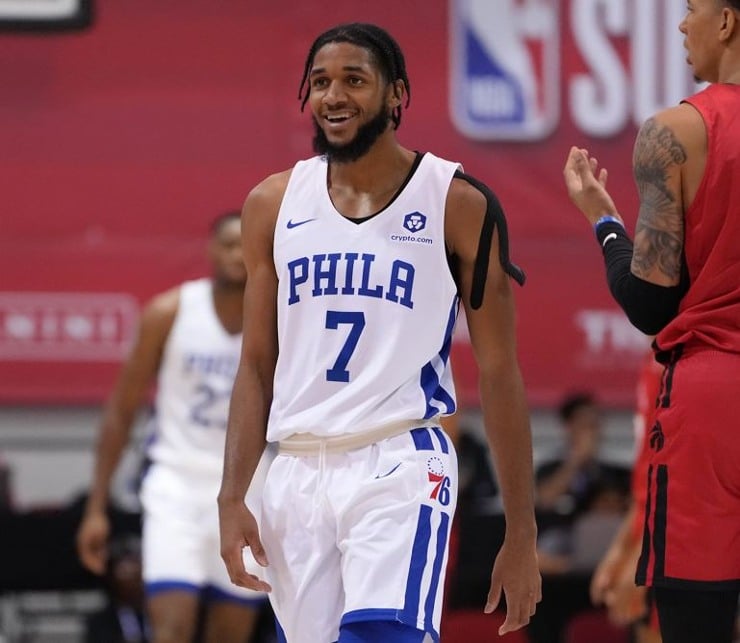 The Oklahoma City Thunder are signing free agent guard Isaiah Joe to a three-year, $6 million contract. His deal includes a fully guaranteed salary of $1.836 million for the 2022-23 season.

Per multiple NBA betting sites, the Thunder have the fifth-lowest odds to win the championship in 2023. However, some sportsbooks were expecting a playoff appearance prior to Chet Holmgren’s injury.

Of course, in March 2021, the guard was recalled by the Delaware Blue Coats of the NBA G League. In three games played with the Blue Coats, Joe recorded 23.3 points, 3.7 boards, 2.7 assists, and 1.7 steals per contest.

Not to mention, Joe led the 2021 G League Playoffs in points (70), free throws (7), and 3-pointers (15). While an accurate shooter, his offensive production was low with Philadelphia.

Joe was waived by the 76ers last Thursday. Were his offensive struggles with the Sixers a fluke? This season will be his ultimate test. The 23-year-old is excited to play for the Thunder.

He was then selected to the SEC All-Freshman Team.

During his sophomore 2019-20 season, in 26 appearances, the Arkansas native recorded career highs of 16.9 points and 4.1 rebounds per game.

Isaiah Joe led his conference in made 3-pointers (94).

If Joe can improve upon his first two NBA seasons, this signing could benefit the Thunder in the long run. He is still an excellent perimeter shooter.