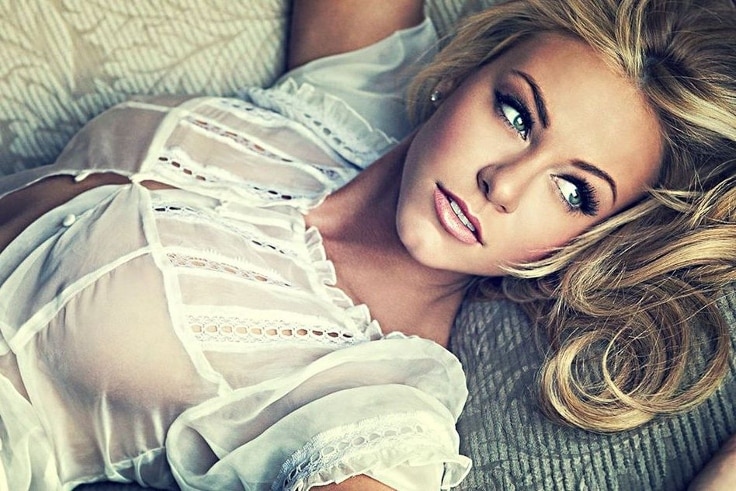 Men notice beautiful women while watching NBA, MLB, NFL and NHL games; this article will count down the top 10 hottest wives and girlfriends of NBA players. Seventeen-time All-Star and Los Angeles Lakers small forward LeBron James recently celebrated his eight-year wedding anniversary with Savannah, his wife. Keep in mind, these picks below are just based on opinion. Looks are entirely subjective. As they say, beauty is in the eye of the beholder.

Teyena Taylor is the wife of former NBA shooting guard Iman Shumpert. They have been married since 2016. She is a 30-year-old American singer, dancer, choreographer and model. Taylor was also born in New York City.

Furthermore, she is famous for working as the choreographer for Beyoncé’s “Ring the Alarm” song and music video. The five-foot-four dancer helped Iman prepare for Dancing with the Stars as well. 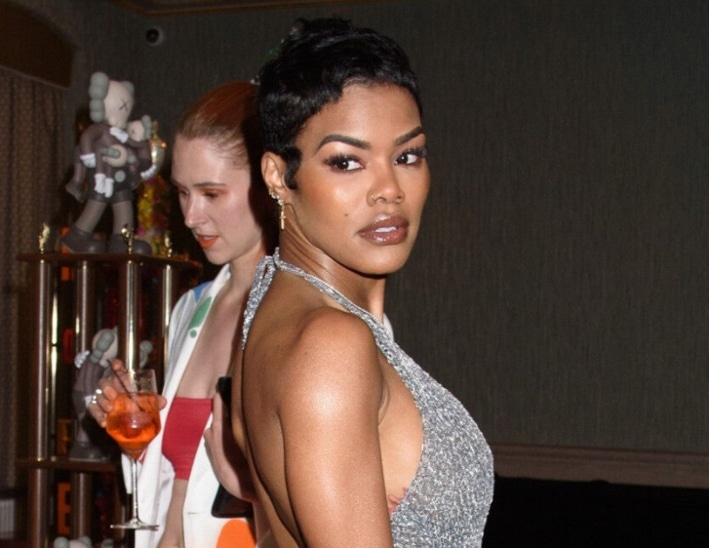 Vanessa Macias is most recognized as Tim Duncan’s girlfriend. Though, she is also popular for being an American radio star. Macias is 5’5” and 41-years-old. She was born in San Antonio, Texas. Not to mention, aside Ralph Kelley, Macias competed in Season 20 on The Amazing Race reality television show. Vanessa lasted until the eleventh leg, finishing in fourth place. Before appearing on television, she worked as a freelance writer. 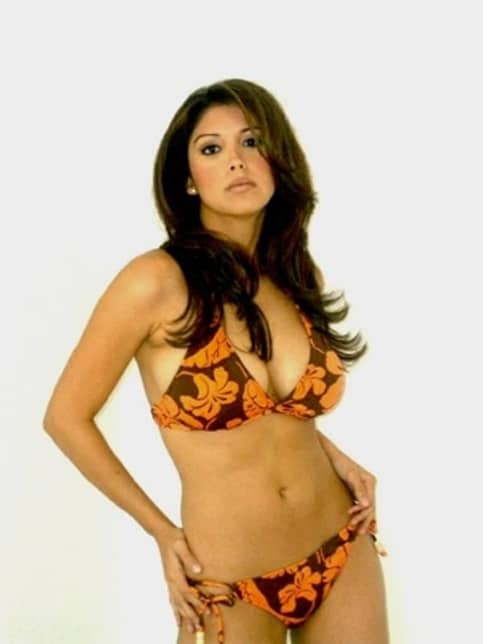 Damaris Lopez is an Instagram model. The twenty-eight-year-old is dating Cory Joseph from the Detroit Pistons. Damaris was born in Lawrence, Massachusetts. When she was young, Damaris wanted to make money to support herself after her father passed away in 2001.

Therefore, Damaris decided to pursue a career in modeling. Earlier in her career, she was featured in Mixed Magazine, which led to her becoming a runway model for MGM. Plus, Lopez worked at “Dress to Kill’s Pop-Up Shop.” 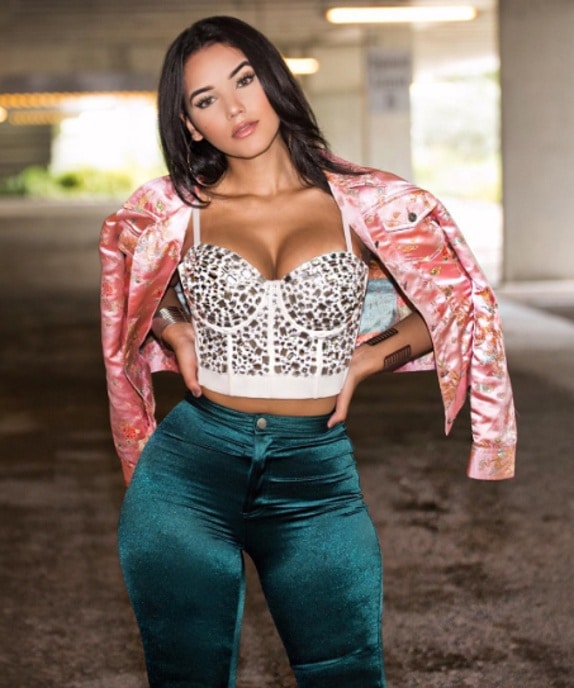 Who is that bella

La La Anthony’s maiden name is Alani Nicole Vázquez. She has been married to Lakers forward Carmelo Anthony since 2010. La La works as an author, actress and producer. Although she was born in New York, her parents are of Puerto Rican descent.

La La describes herself as “Afro-Puerto Rican.” Additionally, Anthony attended Howard University, but she did not graduate. However, she worked as an MTV VJ on Total Request Live. The beauty is 5’6” and 39-years-old. 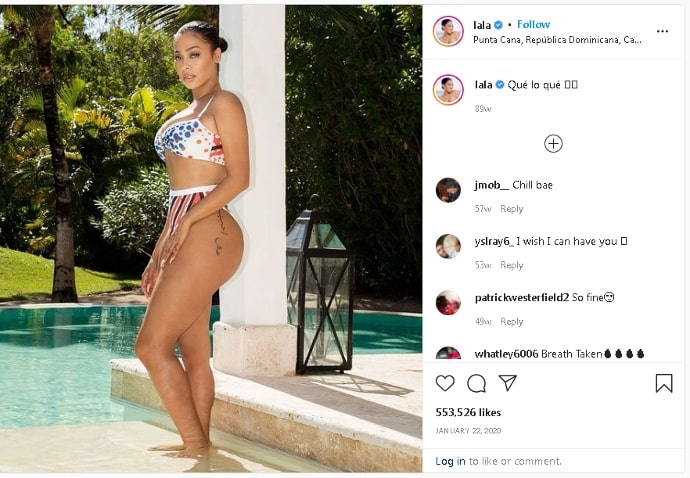 Meghan Allen married Devin Harris in 2013. She was born in Meadville, Pennsylvania. Meghan won Playboy Cyber Girl of the Month for January 2008. It should go without saying that she works as a model. But, Allen was also a reality show contestant. She starred in an episode of Fear Factor back in 2004.

At the time, alongside James Wise, she competed in the couples edition. To add to this one, she competed on NBC’s Momma’s Boys. On Jan. 15, 2009, Allen starred on The Howard Stern Show, where she played “Dumb as a Rock.” During the show, she announced she was dating Devin Harris. 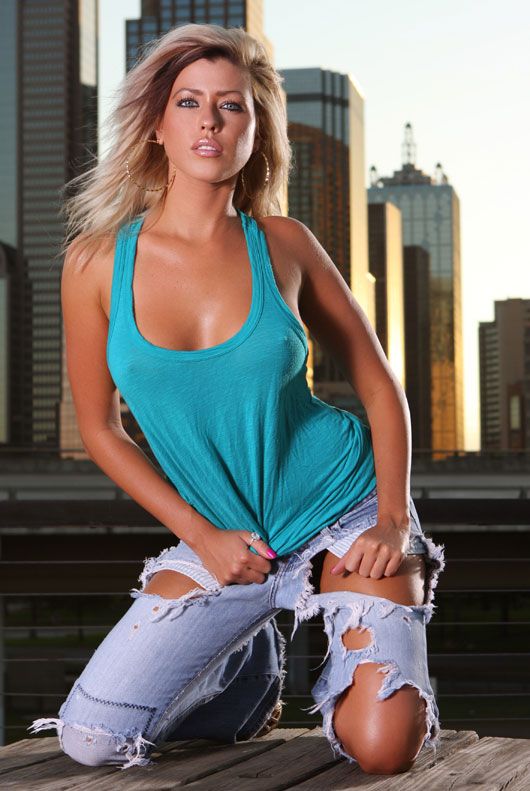 Elaine Fields’ maiden name is Elaine Alden. She married Landry Fields in 2014. Her husband, Landry, now works as an assistant general manager for the Atlanta Hawks. Anyways, Elaine was born in Miami, Florida. She is turning 35-years-old in Feb. 2022.

Fields worked as a model for many years, but now she is retired. Per sources, the model is 5’5” and she first dated Landry in 2012. The couple got married at the Rockefeller Center’s 620 Loft & Garden in New York City. 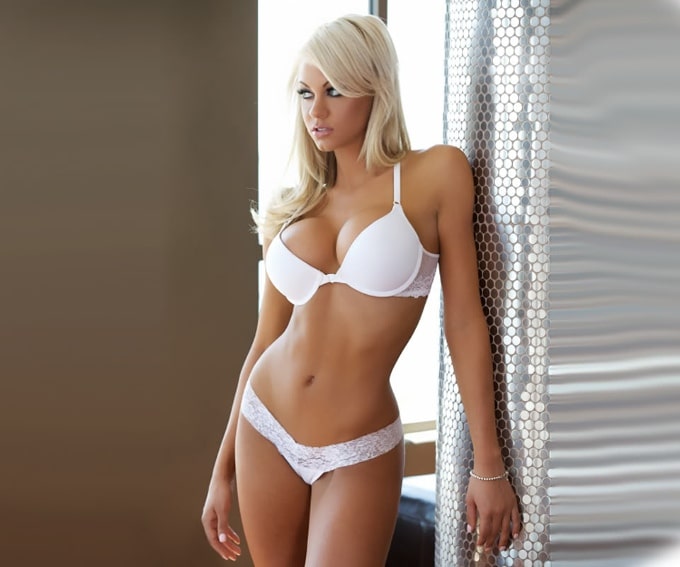 This list would not be complete without mentioning Savannah Brinson. She married LeBron James in San Diego, California in 2013. Savannah first met LeBron at one of his high school games while he played for St. Vincent-St. Mary High School in the early 2000s.

Savannah turned 35-years-old back in August. Just like LeBron, she was born in Akron, Ohio. According to her biography, Savannah is 5’7” and she serves her community as a philanthropist. Unlike other “Top 10 Hottest Wives” posts, Mrs. James does not have to wear a bikini to look attractive. 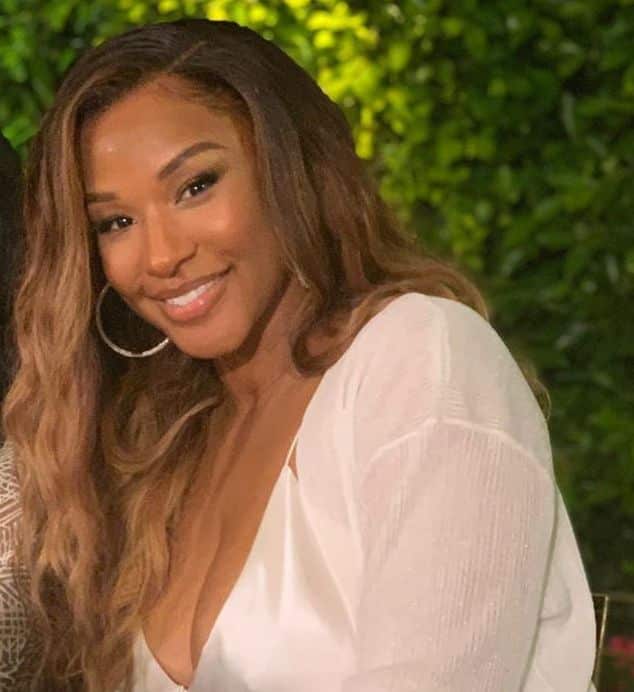 Anna de Paula works as a Brazilian model. Aside from being the girlfriend of Philadelphia 76ers center Joel Embiid, she is famous for appearing in the 2017 Sports Illustrated issue. Anna was born in Rio de Janeiro, Brazil. On top of being a devoted Catholic, she is 5’9” and 26-years-old.

A sample size of the modeling agencies she has worked for include Wilhelmina Models in multiple U.S. cities, Nevs Model Agency in London, Modelwerk in Hamburg and 40 Graus Models in Rio de Janeiro. 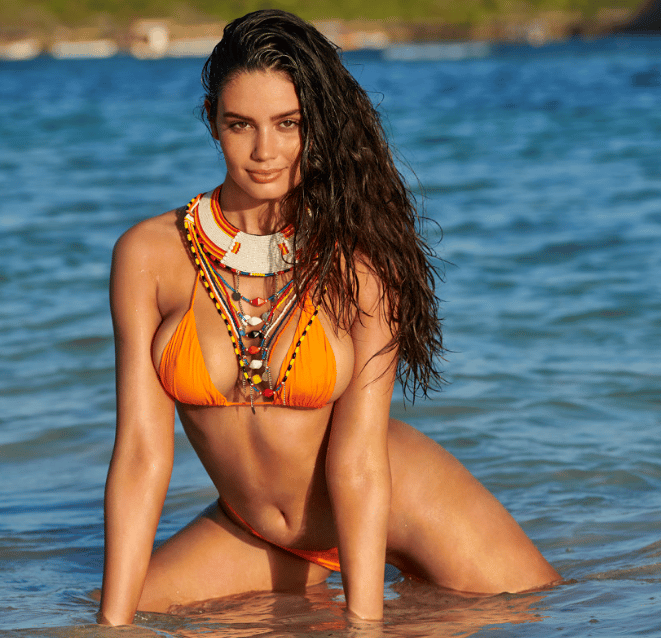 Alaina Anderson is now the fiancée of New York Knicks guard Derrick Rose. The couple has been dating since 2012. She was born in Chicago, Illinois. Anderson is 5’5” and she is turning 27-years-old on Nov. 15. During her free time, she developed a fitness brand called “Keep It Cute.” 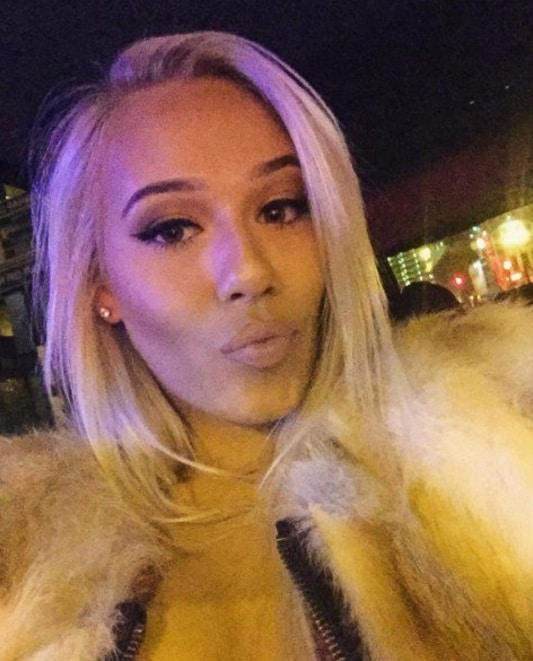 Hannah Stocking is dating Rudy Gobert, who plays for the Utah Jazz. She is the ex-girlfriend of Klay Thompson from the Golden State Warriors. Thompson and Stocking broke up back in 2015. She was also born in Ashland, Oregon.

Hannah is currently an Instagram model and social media influencer. Stocking is turning 30-years-old in Feb. 2022. Furthermore, “Top 10 Hottest Wives and Girlfriends of NBA Players” is a featured article at Basketball Insiders. For articles like this, check out the main page. 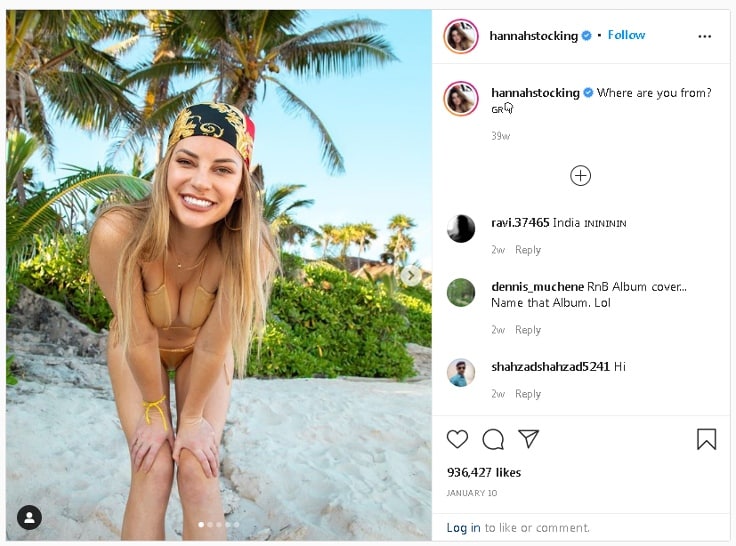