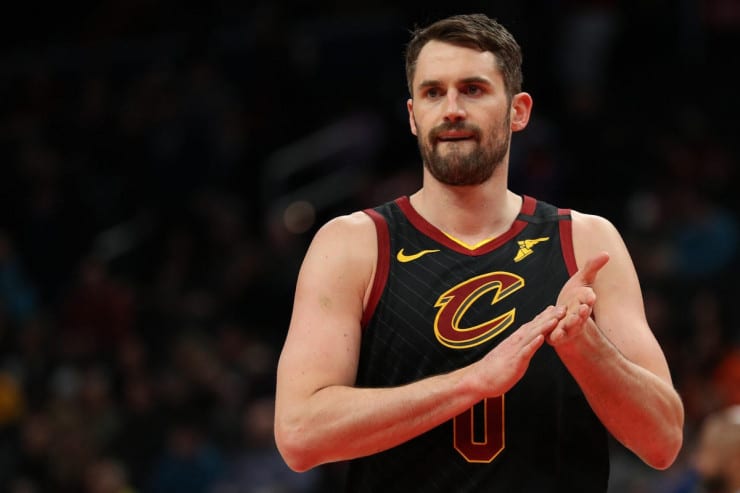 A new era has begun in Cleveland, and it is taking shape quickly. With LeBron James and Kyrie Irving as distant memories, the Cavaliers have a new core that is oozing with talent and youth. It appears that Cleveland has their backcourt and their frontcourt set for the future, but there will be a steep learning curve that will require time and patience in order to achieve success.

The Eastern Conference is stacked this season, and the Cavs are far from being a solid playoff team. While a possible birth in the play-in tournament could be an option, the bar of expectations is set fairly low for the organization this year. The 2021-22 campaign will be mostly about developing the young players, establishing good chemistry and work ethic under head coach JB Bickerstaff.

While the coaching staff will be responsible for the growth and long-term future of these players, there are a couple of veterans on the roster that will be crucial to that plan. Despite reports this summer that Kevin Love is on his way out of Cleveland, the forward enters his eighth season with the franchise, which is two years longer than his stint with the Minnesota Timberwolves.

Love may not be the player he once was, which was evident by his tenure with Team USA in the Tokyo Olympics, but he is still a valuable commodity for this franchise. If he is willing to take on more of a mentor-type role this season, it could pay large dividends for the future of this team. Playing time will be tough to find this season, with Cleveland’s loaded frontcourt.

It all starts with rookie big man Evan Mobley, whom the Cavs drafted with the third-overall pick in the draft. The seven-footer provides tremendous athleticism and mobility at the position. His length on defense and firepower on offense will give opposing teams fits on a nightly basis. He has a lot to learn at this level, where he will be guarding guys that are stronger than him and have elite post skills.

Another seven-footer on the roster is Lauri Markkanen, whom Cleveland recently acquired in a trade with the division-rival Chicago Bulls. After injuries and playing time appeared to stunt his growth and confidence, Markkanen is focused on getting his career back on track. If he can provide the Cavs with the outside shooting that they so desperately need, he could up his own value at the same time.

If those two weren’t enough, remember that Jarrett Allen signed a $100 million contract with Cleveland this summer. The big man out of Texas is an elite rim protector and has incredible potential. In addition to these three guys, the Cavs also signed two more seven-footers in Isaiah Hartenstein and Tacko Fall. While it will be difficult to find minutes for them, they have the opportunity to battle and learn from their talented teammates.

Love is coming off a season in which he appeared in just 25 games and averaged career-lows of 12.2 points, 7.4 rebounds and 2.5 assists. The 33-year old is owed $60 million over the next two seasons, but there is no trade market and the two sides have reportedly not discussed a buyout. Known as one of the more cerebral players in the league, Love has a lot to offer these young frontcourt players that don’t have much experience.

Though he doesn’t have the size that the younger guys have, he has always been an exceptional rebounder. He led the league in rebounding during the 2010-11 season and is a two-time All-NBA selection and five-time All-Star. His championship experience is one thing, but he also knows the pressure that comes with being a top-five selection in the draft. That is something that the young players can learn from right now.

Turning the attention towards the backcourt, a similar story can be found. Their future at the guard positions lies with Collin Sexton and Darius Garland. This dynamic duo has shown flashes of what they could become, with the right development. With both players listed at 6’1″ it has enticed Cleveland to play Isaac Okoro and Cedi Osman at one of the guard positions at times. All of them can benefit from playing alongside Ricky Rubio.

5v5 and it feels so good ? pic.twitter.com/NLxnzjH6K4

Cleveland made the trade to bring in Rubio, which turned some heads around the league. The fit didn’t seem to make sense but there have been a lot of moves like that in recent years with this organization. Like Love, Rubio’s career began in Minnesota after being taken fifth overall in the draft. He too certainly knows about playing with pressure and expectations on his shoulders.

Sexton has more than 200 games under his belt and Garland has played more than 50 games in each of his first two seasons. They are still getting a feel for the game but they can learn a lot from Rubio. Entering his 11th year in the league, the Spanish guard will look to lead by example, while reuniting with his former teammate in Minnesota.

Ricky Rubio said he has a great relationship with Kevin Love and the two have spoken a few times already after he was traded to Cleveland.

"I can't wait to pick up the relationship again."

The bromance is real.

After a stellar performance in Tokyo, Rubio has made it clear that he has plenty left in the tank. The floor general should greatly help Cleveland’s pick-and-roll game, especially working alongside Markkanen and Mobley. One area that the veteran could really help Sexton with is making his teammates better. He can obviously score at a high rate but that hasn’t translated to winning basketball.

The transition game is an area where younger, athletic teams tend to excel. With so many fresh legs and their combination of length and athleticism, the Cavs should flourish in that aspect of the game. Where they tend to struggle is in the half-court offense, an area where Rubio can be a tremendous help. He has always been a great off-the-ball cutter and excellent as a rotator, getting the ball where it needs to go before the defense can recover.

Cleveland may not be a contender in the mighty East but they are building something special. Their championship teams were built on the shoulders of their hometown hero and role players, but this group is deeper and has the potential to reach the same destination down the road. The leadership of Love and Rubio could help mold that into reality.