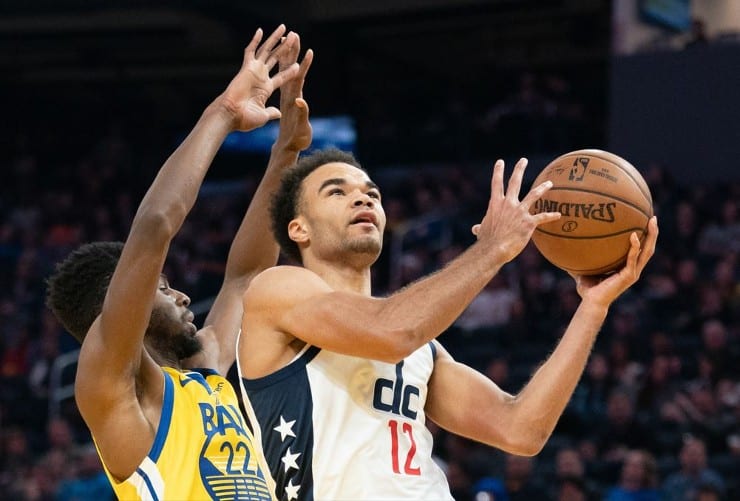 The Golden State Warriors have signed Jerome Robinson to a training camp deal, according to ESPN NFL Insider Adam Schefter. This rare NBA news story by Schefter was reported before Adrian Wojnarowski and Shams Charania.

Robinson was selected 13th overall by the Los Angeles Clippers in the 2018 NBA Draft. He played three seasons with Boston College. On February 6, 2018, he scored a career-high 46 points versus Notre Dame.

NBA news: Former LA Clippers’ lottery pick Jerome Robinson is signing a one-year deal to go to camp with the Golden State Warriors, per sources. Robinson played last season for the Santa Cruz Warriors and now will be competing for one of their remaining open roster spots.

During the first round of the 2019 NBA Playoffs, Robinson averaged 3.6 points and 1.2 rebounds per game. Nonetheless, the Clippers lost in six games against the Warriors.

In 21 games played with the Wizards to finish the 2019-20 season, Robinson averaged career-highs 24 minutes, 9.4 points, 3.3 rebounds, and 2 assists per game. Though, the same size was miniscule.

On March 19, 2022, in Santa Cruz’s 131-108 loss against the Agua Caliente Clippers, the guard scored a career-high 36 points in 37 minutes played. He sank 13 shots from the field on 27 attempts. It was the best performance of his G League career.

During this offseason, the Golden State Warriors have also signed Mac McClung, Pat Spencer and Trevion Williams to training camp deals. Spencer is the oldest of the four, at 26. Last season, Williams won Big Ten Sixth Man of the Year with Purdue.

So, Jerome Robinson will have competition. He needs to strive for consistency. At 25 years old, he’ll have to bring his A-game to beat out a younger guard like McClung. The talent is there. Now, it must be utilized to his fullest advantage.

More news stories on the Warriors are on the main page.