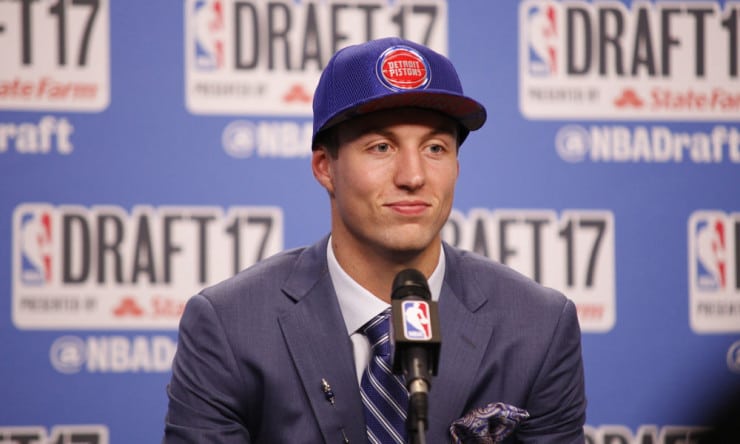 With the No. 12 pick in the 2017 NBA Draft, the Detroit Pistons selected Luke Kennard, shooting guard out of Duke University.

After reaching the playoffs in 2016, the Pistons won eight fewer games this past season and missed out on the festivities. One of the primary areas where the Pistons needed immediate help was on the perimeter. The team shot just 33 percent from beyond the arc last season, ranking 28th in the league in accuracy.

Kennard figures to have an immediate opportunity to help Detroit space the floor. The 6-foot-5 guard connected on 44 percent of his 201 three-point attempts this past season in the NCAA.

The Pistons will enter the free agency period with a bit of uncertainty in their backcourt. Incumbent starting shooting guard Kentavious Caldwell-Pope is headed for restricted free agency and figures to have various suitors for his services. Starting point guard Reggie Jackson’s name has been mentioned in trade rumors since the start of last season, so his future with the franchise is also up in the air.

Kennard averaged 19.5 points, 5.1 rebounds and 2.5 assists per game on 49 percent shooting from the floor during his sophomore season at Duke.

The Pistons have the tools to make a playoff run in the East next season and Kennard is in the enviable position, as a rookie, to immediately carve out a role in head coach Stan Van Gundy’s nightly rotation. That’ll definitely ring true in the event that Caldwell-Pope does indeed take his talents elsewhere this offseason.