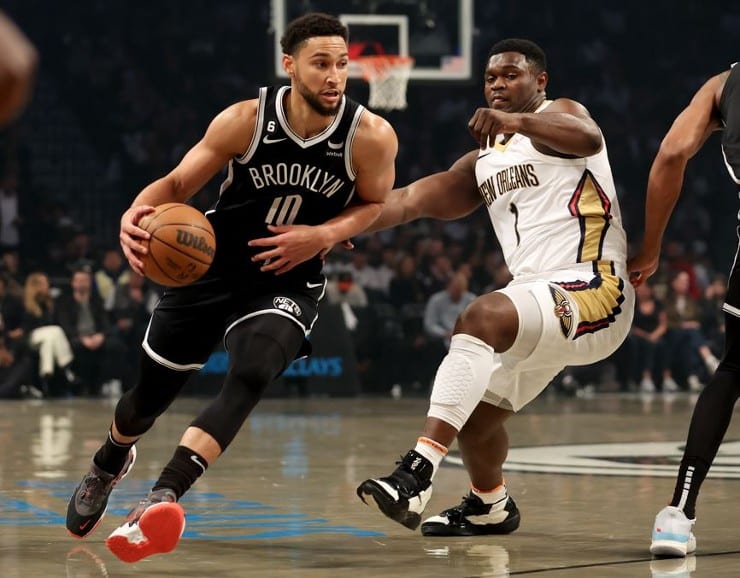 The Brooklyn Nets will be in Dallas tonight to face Luka Doncic and the Mavericks. Brooklyn took the Mavs to OT the first time they met this season, but lost 129-125. Luckily, the Nets will be getting back an all-star tonight after missing the last four games with a knee injury.

Ben Simmons told reporters at the Nets shootaround today that he “feels great” and will play vs the Mavericks tonight. He said he thinks he will be limited to about 20 minutes in tonight’s contest. Simmons has played 30 or more minutes in four of the six games he’s played in this season.

He’d missed the last four games for Brooklyn after dealing with a knee injury which was not too serious. The Nets are playing it cautious tonight with Simmons putting him on a minutes restriction. It’s probably in the best interest of both parties.

Ben Simmons says he “feels great” and will play vs. Mavs tonight. He thinks he will be limited to about 20 minutes.

Simmons to return to Nets tonight on a minutes restriction

It’s still early in the season, but the Nets have a better record when Simmons does not play. They were 1-5 in the six games he’s played thus far and are 3-1 in the four games he’s missed. A stat the does not favor Simmons at all. He hasn’t looked like the player the Nets traded for before the trade deadline last season. Simmons has been flat and somehow he’s still hesitant to take layups and easy shots near the basket at times.

The most points he’s scored in a game this season is nine. That happened to be the last game he played before missing the four consecutive games. It will be interesting to see if Nets interim head coach Jacque Vahgn brings Simmons off the bench or starts him tonight. Kevin Durant has been holding it down for the Nets, but they need more production from Simmons. Tonight will be Simmons first game without Kyrie Irving on the court. Simmons could see the ball in his hands more without Irving playing.