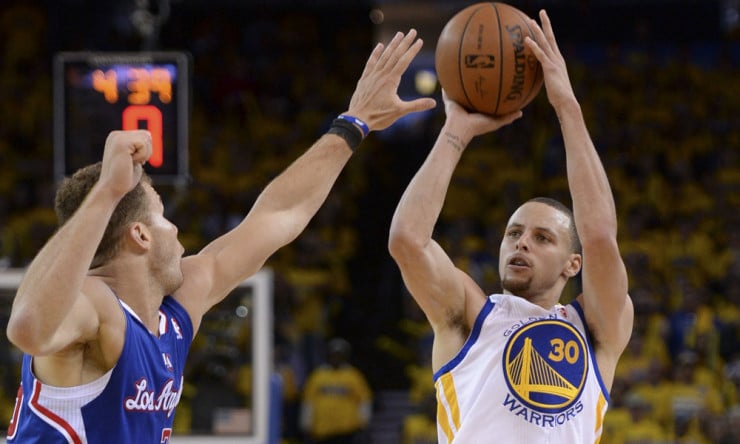 It’s that time of year folks… With the commencement of the 2014-15 NBA less than two weeks away, the majority of fantasy basketball drafts will be held over the next 10 days. Thus, we are rolling out our most comprehensive and complete rankings to date.

Listed below are the official Top-150 overall ranks for the 2014-15 campaign.

Beneath the rankings, I have listed a handful of players that just missed the cut. I have also included a few random stats and other interesting tidbits to help explain the thinking behind a handful of these selections…

* LeBron James has been so good for so long that we tend to take his greatness for granted. He is the only player to average at least 26/6/6 since Michael Jordan in 1991-92 and, amazingly, James has averaged at least 26 ppg, six rpg and six apg in 10 straight seasons. The move from Cleveland (and playing alongside elite scorers like Kyrie Irving and Kevin Love) will be an adjustment, but I have no doubt LeBron will find ways to contribute incredible numbers on a nightly basis.

* Anthony Davis’ stock is so hot right now, many pundits have advocated taking Davis No. 1 overall. While I wouldn’t gamble to that extent (primarily because of Davis’ inability to avoid injury during his first two seasons), the hype is most certainly justified. Davis led the NBA in blocks last season, swatting 2.8 shots per game. He also led the New Orleans Pelicans in steals, averaging 1.3 steals per contest. In the process, Davis became the first NBA player since 2008 to average at least 2.8 blocks and 1.3 steals per game in the same season. Davis also did damage on the boards, grabbing 10 rebounds a night. He joined Shaquille O’Neal as just the second player in NBA history to averaged 20 points, 10 boards and 2.5 blocks during their age-20 season. But Davis’ domination was not limited to the defensive end. He has already established himself as a remarkably effective and efficient scorer. Davis shot 51.9 percent from the floor and knocked down over 79 percent of his free throw attempts, a notably high number for a center. In fact, Davis was only player in the league last season to shoot over 51 percent and 79 percent from the field and free-throw line, respectively.

* John Wall finished his fourth season in the NBA (266 games) with career averages of 17.7 ppg, 8.3 apg and 4.3 rpg. He joined Oscar Robertson, Magic Johnson and Chris Paul as the only players to post these career averages through the first 266 games of their career.

* The last time Chris Bosh played a full NBA season in which he did not have to share the court with LeBron James as a teammate, Bosh averaged 24 ppg and 10.8 rpg. Bosh has always been remarkably efficient, and now with LeBron back in Cleveland and Dwyane Wade inevitably nursing injuries, Bosh will see his usage rate skyrocket.

* Marc Gasol struggled through injuries last season. Fully healthy this preseason, keep in mind that Gasol’s upside is terrific. In 2012-13, Gasol became just the second player in NBA history to average at least 14 points, 4 assists and 1.5 blocks, while also shooting better than 84 percent from the free-throw stripe in the same season. The only player to match those across-the-board totals: Michel Jordan.

* Al Horford has now appeared in 420 regular season games, and has posted a composite average of 14 points, 9.5 rebounds and 1.1 blocks, while shooting 54.1 percent from the floor. This places him in elite company, as only four other players matched those averages through the same number of games played – Kareem Abdul-Jabbar, Shaquille O’Neal, Dwight Howard and Artis Gilmore.

* We never want to read too much into Summer League action, but with a guy like Nerlens Noel, we only have limited info to base our opinion on. Noel averaged 12 ppg, five rpg and three blocks in under 25 minutes per contest in Las Vegas. His offensive game is certainly raw, but he’ll be able to contribute right away on the defensive end. It is not a reach to suggest he may be among the league leaders in steals+blocks.

* Yes, Nets GM Billy King is downplaying the severity of Brook Lopez’s recent foot strain (expected to sideline him for up to two weeks), but the red flags are impossible to ignore. Lopez has had incessant issues with his right foot, missing 65+ games in two of the Nets last three seasons. I’m not denying that he’s an incredibly gifted offensive center, but I’m going to let somebody else roll the dice on Lopez this year.

* Which Jonas Valanciunas shows up this season? The JV that was a bitter disappointment over the first half of the season, or the JV that turned it on down the stretch? Over his final 11 games, excluding the season finale in which he only played 15 minutes, Valanciunas averaged a robust 17.1 points (59.6 FG percent) and 11.2 rebounds. Still just 22 years of age, the Lithuanian big man is just finding his footing in the NBA. As long as the price is right, I’m willing to wager Valanciunas returns a nice profit if you pick him in the 70s.

* Larry Sanders was one of the most frustrating players in fantasy hoops last season, burning owners that spent an early round pick on him. While the downside is obvious (off-the-court issues and injuries are frightening), the upside is undeniably enticing. Over his final 28 games of the 2012-13 campaign, Sanders averaged 12.2 points, 11 rebounds and 2.5 blocks. Those are Top-50 overall numbers. Will a new coach give Sanders a chance to redeem himself? The Bucks have a lot invested, so it’s in their best interest to turn their young center around.

* Jose Calderon is one of just two active NBA players shooting over 47 percent from the floor, 87 percent from the charity stripe and 41 percent from behind the three-point arc for their career. Steve Nash is the only member of this exclusive club. Furthermore, the triangle offense is perfectly suited for Calderon, who should put up great numbers in New York.

* Simply put, J.R. Smith was terrible over the first few months of the 2013-14 season. He was suspended for the first five games after running afoul of the NBA’s drug policy; when he returned he was still dealing with the aftereffects of offseason knee surgery. However, as his health improved, his play picked up substantially. Over his first 18 games last season, Smith averaged 10.1 ppg, while shooting 33.3 percent from the floor and 65 percent from the free throw stripe. In contrast, over the final 18 games of the season, Smith averaged 18.6 points while shooting 47.5 percent from the field and 80.6 percent from the line. The production Smith offered over the second half of last year is more in-line with what we can expect going forward (especially if Smith is anointed the starter and sees an uptick in minutes). Opportunistic fantasy GMs will have an opportunity to ‘buy low’ in drafts.

* I’m well aware Michael Carter-Williams put up monster numbers in important categories last season. In fact, he led all rookies in scoring (16.7 ppg), rebounds (6.2 rpg), assists (6.3 apg), and steals (1.9 spg). To put that in perspective, Carter-Williams is just the third player since 1950 to lead all rookies in scoring, rebounding and assists average. He also joined Magic Johnson and Oscar Robertson as the only rookies to average at least 16 points, six rebounds and six assists. However, much like Rajon Rondo, Carter-Williams is far better in real life than fantasy. He shot just 40.5 percent from the floor, 26.4 percent on threes and committed a whopping 3.5 turnovers a night. Yes, despite the being mentioned in the same sentence as Magic and Big O, Carter-Williams finished ranked just 96th overall in nine-category leagues last season. More importantly, the depressing news out of Philly is that MCW has been limited in training camp due to off-season shoulder surgery and may end up missing the first 20+ games of the season.