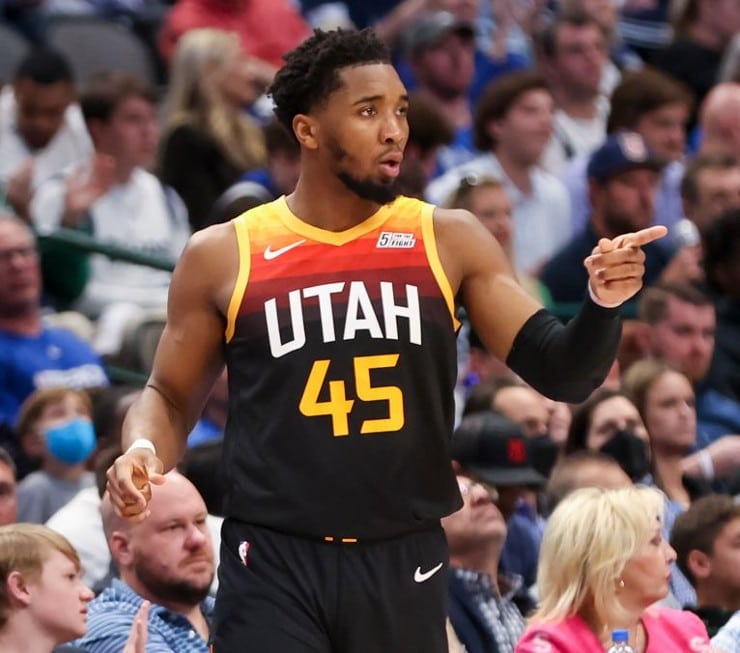 The Utah Jazz and New York Knicks are now back to negotiating a potential Donovan Mitchell trade. Earlier this month, the Knicks, Lakers and Jazz negotiated a three-team trade that would have sent the three-time All-Star to the Knicks and Russell Westbrook to the Jazz.

And Westbrook’s contract would have been bought out. However, that trade never manifested. Now, according to Shams Charania of The Athletic, the Knicks and Jazz have returned to Mitchell trade talks. But again, nothing is set in stone.

“The Knicks are Jazz had a fresh conversation within the past week about potential packages for Mitchell, according to sources,” continued Charania. “There is no traction between the two teams on a deal, and no Mitchell trade is imminent for the Jazz, sources said.”

Since the Knicks have several first-round draft picks to offer Jazz executive Danny Ainge, they remain the clear-cut favorite to land Mitchell.

The Knicks are also hesitant to trade away Immanuel Quickley. In 2021, the Kentucky product was selected to the NBA All-Rookie Second Team.

Nonetheless, Quentin Grimes and Obi Toppin have been mentioned in multiple trade packages. Knicks president Leon Rose could get pushed to include Derrick Rose in a trade deal as well. It would come as no surprise.

Mitchell is a great player, but would the Knicks be giving away too much by surrendering Quentin Grimes, Obi Toppin and multiple first-round draft picks? It’s a deal that would benefit Utah more. Though, a move like this would help get New York back into the playoffs.

During this offseason, the Knicks signed Jalen Brunson to a four-year, $104 million contract. Plus, they traded Kemba Walker to the Detroit Pistons.

Having Mitchell, Brunson and Julius Randle together would definitely help their playoff chances next season. At the same time, losing Quickley would weaken their roster depth.

Training camp begins in about five weeks. Both sides are ready to work out a deal. One thing is for sure, the Jazz have a bright future. Another trade would give them additional draft picks.

More news stories on the Jazz, Knicks and Donovan Mitchell are on the main page.