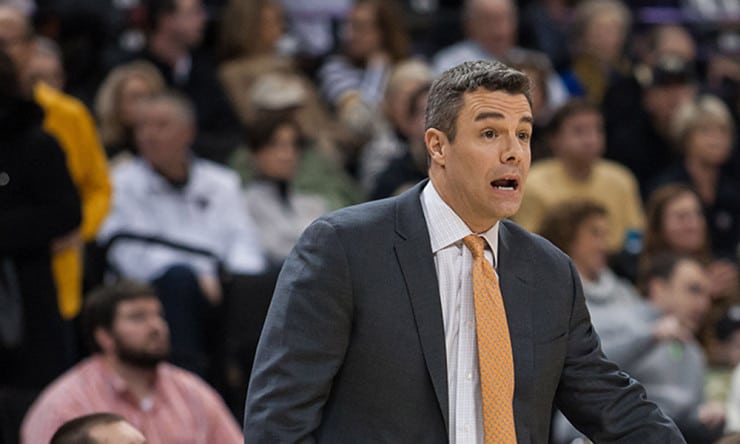 The grind it out Cavaliers have been on a tear since this season’s inception. No coach in the country has done a better job than Tony Bennett and he is certainly hoping to take the program to the next level in March. The Wahoos play their game and control the pace regardless of the opponent to the tune of 65.8 PPG while conceding an NCAA-low 50.5 PPG. Slowing the game down reduces the number of possessions, thus increasing the value of each possession, so while no individual and team statistics stand out by normal standards when we break the game down to points per possession we see exactly how great UVA is. At 1.253 points per possessions in transition (5th in the country), we can see that while they don’t run much they do execute when the time is right. And of course 0.925 PPP in the half-court shows their baseline screen, fade screen motion offense that is sweeping the nation is popular for a reason. On the defensive end they dominate, using Pac line principles, loading to the ball and crowding lanes for penetration to concede an NCAA-low PPG. The keys to a deep run will certainly come on the defensive end and of course the return of leader Justin Anderson (who injured his finger) will play a big role. Malcolm Brogdon and Anthony Gill will need to continue to lead the way and if they can control the tempo and avoid a poor shooting night, a deep run will be in their future.

As Taylor Barnette let his fade away three-pointer fly, all Murray State could do was spectate with a sense of helplessness and thoughts of “25 wins in a row for nothing.” The shot would fall, the Bruins (22-10, 11-5) would hoist the OVC trophy and celebrate. Murray State will now cross their fingers and the remaining field should fear mighty Belmont as the tournament begins. Momentum is a tough character to fight and the Bruins certainly have that, having won seven consecutive games and riding the emotional high of the OVC tourney. The time may be right for a special run from Belmont. If that is going to happen, Craig Bradshaw (18.1 PPG, 3.7 RPG, 3.2 APG, 1.7 SPG) and Taylor Barnette (10.7 PPG, 2.6 RPG, 1.3 APG) will have to be hitting on all cylinders, especially from three-point range where the two have combined to hit 160 long balls on the year. Sprinkle in a few deep ones from Nick Smith (57 on the season), add a solid game from inside presence Evan Bradds (14.3 PPG, 7.2 RPG, 1.3 APG) and Belmont just might have the recipe for an upset. The Bruins can put points on the board (74.5 PPG, 31st), they share the ball willingly and often to get open shots (15.4 APG, 26th) and the quality of their shots is reflected in a team field goal percentage of 47.8 (26th). At 0.958 PPP Belmont has one of the most efficient offenses in the country. Where they struggle is on defense, and their 0.909 PPP places them near the cellar in defensive efficiency. Specifically controlling the boards to finish out possessions ranking 163rd in defensive rebounds per game (23.8). A lack of size on the interior makes them highly vulnerable to power conference bigs, and all the more likely to rely on a zone to keep them in contention. It will take a special game from the Bruins to repeat their OVC success in tourney play.