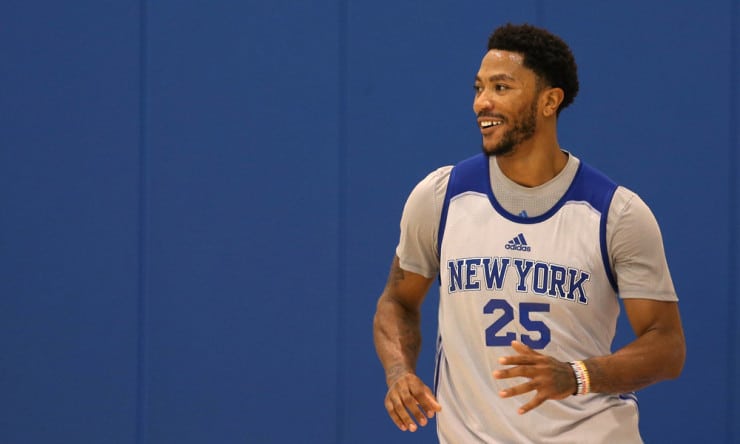 It’s worth noting, though, that Rose said he would prefer running pick-and-rolls throughout the course of a game. The pick-and-roll isn’t run as often in the triangle as it is in most current NBA offenses. That might be one of the biggest adjustments for Rose in New York.

“I got to find a way. There’s no way around it,” Rose said of succeeding in the triangle.