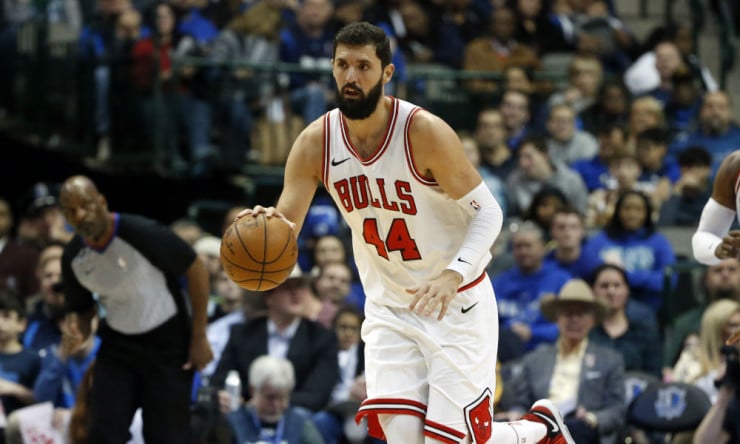 The New Orleans Pelicans and Chicago Bulls have reached an agreement in principle to send forward Nikola Mirotic to New Orleans in exchange for Omer Asik and a future first round pick, according to Adrian Wojnarowski of ESPN. The first round pick will be for 2018 and will be protected 1-5, per David Aldridge of NBA.com, and will contain gradually easing protections in subsequent years.

According to Shams Charania of The Vertical, Tony Allen will also be included in the deal. The deal had previously been help up by New Orleans’ unwillingness to guarantee Mirotic’s $12.5 million salary for next season, but the Pelicans have agreed to do so, sources say. Some additional details:

Bulls are giving the 2nd round pick acquired in the Quincy Pondexter deal back to Pelicans, per source. Bulls get first-round pick from Pelicans. Option to swap 2nd-round picks in 2 or 3 years, per source.

Jameer Nelson also is expected to be in deal, per source. He, too, will be waived along with Tony Allen.