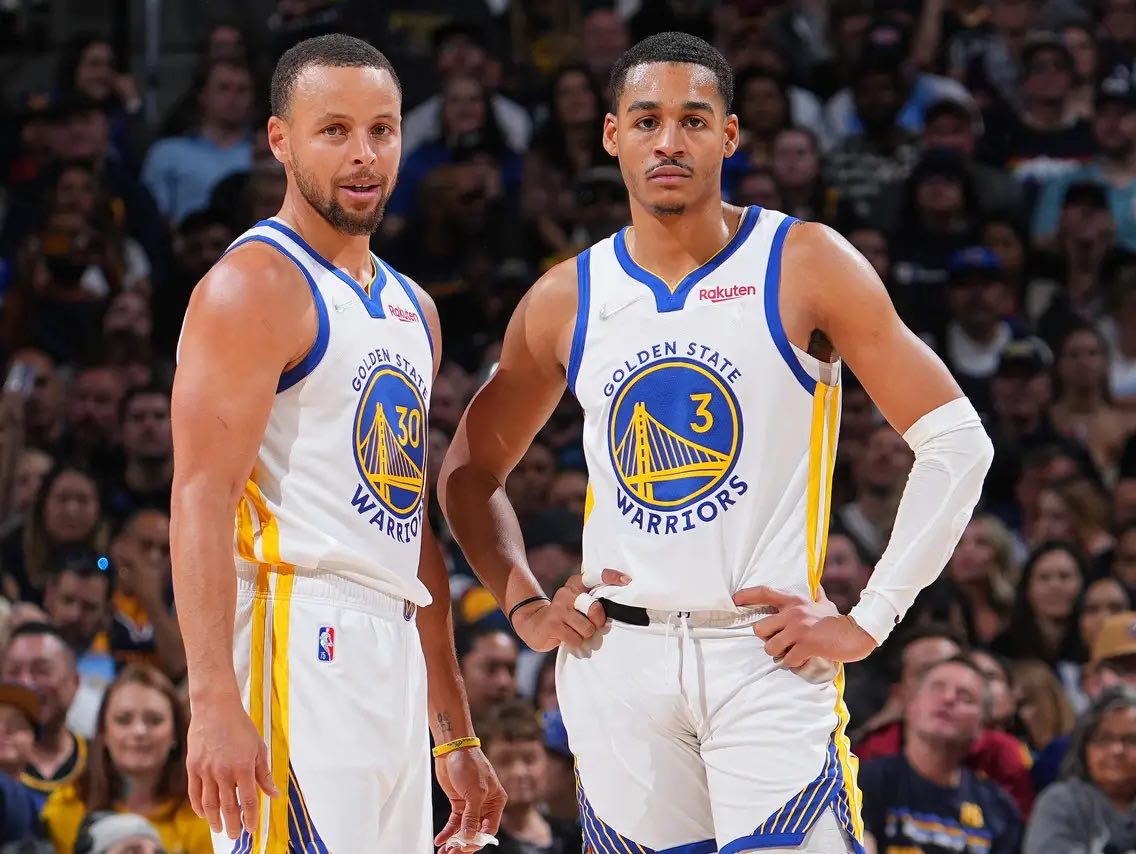 Amidst a tough period for Golden State Warriors guard Jordan Poole, his teammate Steph Curry was able to lift the spirits and present Poole with an award for the highest free-throw percentage in the 2021-22 NBA season.

Poole finished the 2021-22 NBA season shooting 92% on free-throws, making the 23-year-old the most efficient in the league at the line ahead of Curry who managed just shy of Poole’s tally.

Steph presented Jordan Poole with a trophy for being the best free-throw shooter last season 🪣 pic.twitter.com/vYmcvnlo8r

Draymond Green was captured punching Poole in practice last Wednesday, leading to a media storm that questioned Green’s future in the Bay and whether he’d ever be able to repair his relationship with the team.

This was a heartwarming moment for Poole and his family in front of the Warriors home crowd at Oracle Arena, despite falling short in a 124-121 pre-season loss to the Los Angeles Lakers on Sunday.

Poole scored a team-high 25 points and added four rebounds and six assists on 53% shooting from the field, but Anthony Davis’ 28 points in just 21 minutes were enough to help the Lakers edge past Golden State.

The Milwaukee-born guard is on the verge of securing a lucrative contract extension similar to Miami Heat star Tyler Herro’s recent four-year, $130 million extension to stay in south beach.