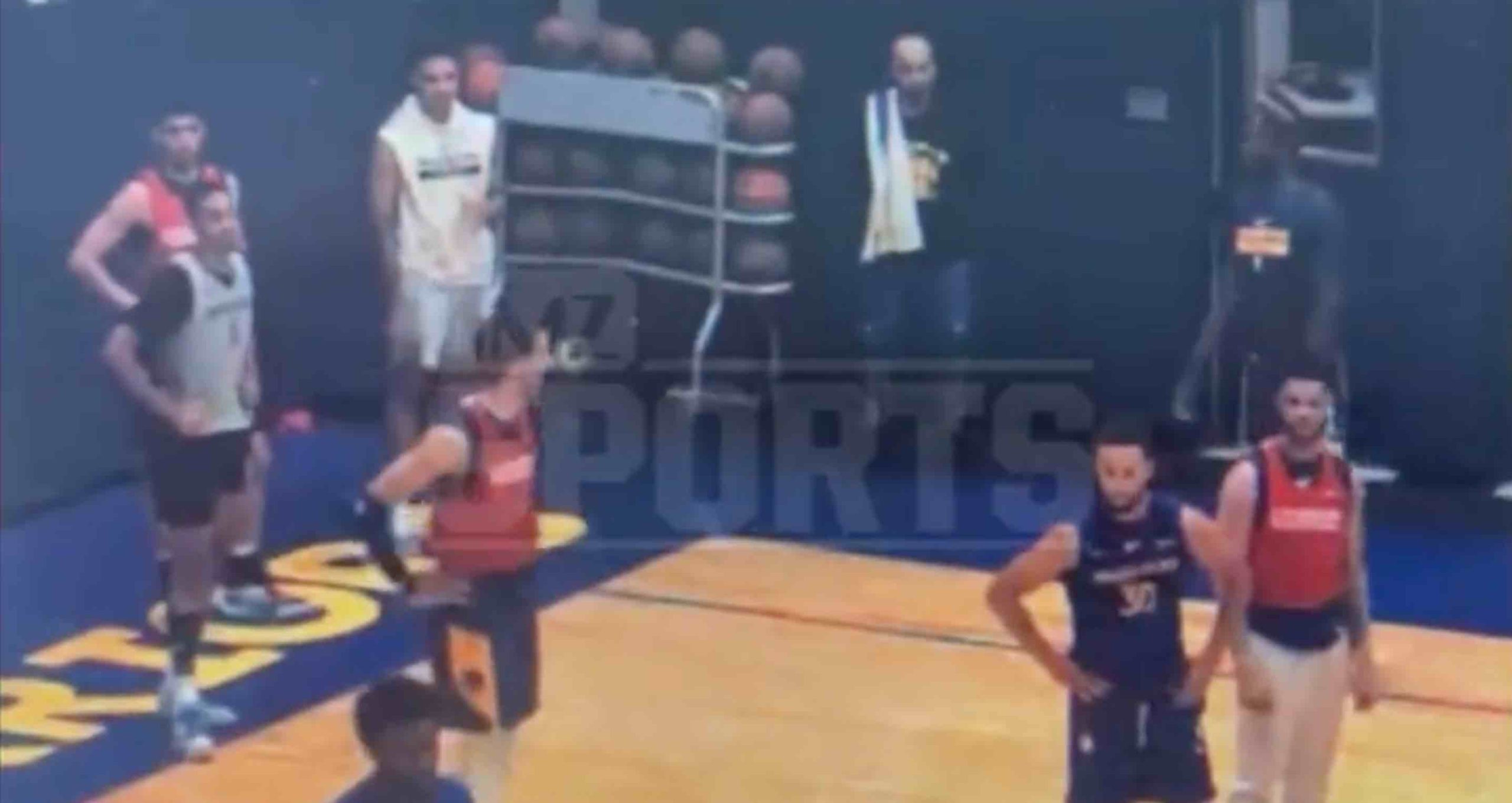 Footage has emerged of Golden State Warriors forward Draymond Green punching teammate Jordan Poole at practice which could spell the end of Green’s career in the Bay.

Earlier this week, a report from Shams Charania of The Athletic detailed the events at Warriors practice on Wednesday. When a heated interaction with guard Jordan Poole escalated, Green forcefully struck Poole and needed to be separated straightaway.

As seen in the video, both players came chest-to-chest, pushing and shoving each other before Green’s escalation of the physical altercation.

Sources: There was a physical altercation at Warriors’ practice today that has the team considering disciplinary action toward Draymond Green.

Shortly after this story broke, NBA insider Chris Haynes reported that Green was apologetic in the aftermath of the altercation with Poole, 23, but there was a buildup stemming from teammates noticing a change in Poole’s behaviour throughout training camp.

The Milwaukee-born guard is on the verge of securing a lucrative contract extension which is thought to have played a role in the reported change in behaviour, just days after Miami Heat star Tyler Herro signed a four-year, $130 million extension to stay in south beach.

Yahoo Sources: Draymond Green and Jordan Poole have a history, but no players for the Golden State Warriors felt the incident was warranted. Some form of disciplinary action is expected.

NBA opening night is less than two weeks away and it now looks increasingly unlikely that Draymond Green will suit up in a Golden State uniform to welcome the Los Angeles Lakers to Oracle Arena.