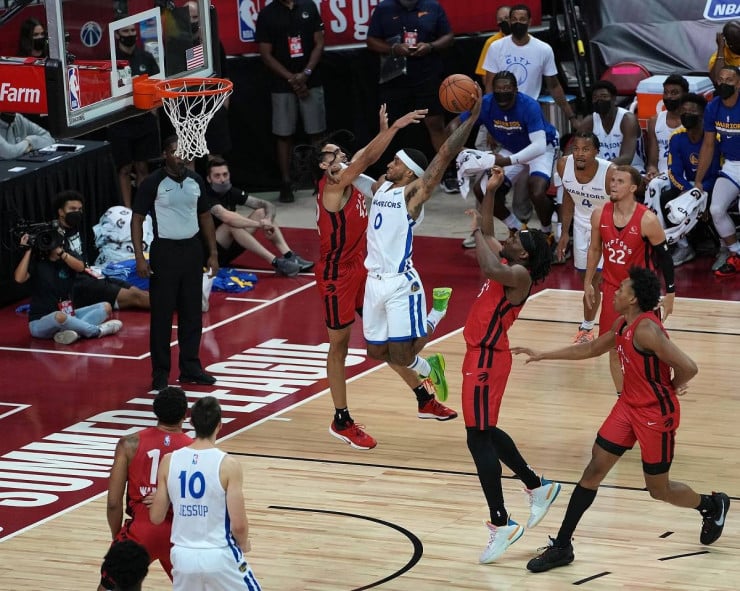 The Portland Trailblazers have started the year 5-1 and are currently first place in the Northwest division. Damian Lillard is out for at least a few games with a calf injury and Portland will host the Grizzlies on Wednesday night.

One player that still hasn’t made his Portland Trailblazers debut yet is 29 year old NBA champion, Gary Payton II. He was a member of the 2021-22 Warriors team that won the NBA Finals. His playoff performances earned him a deal for $29 million over the next three seasons for Portland.

Sources say that Payton II could return as early as Nov. 15 against the San Antonio Spurs. He had to have an offseason procedure in July to address an abdominal injury.

Gary Payton II made a name for himself in the playoffs with his exceptional defense he played for the Warriors. He was a crucial piece for Golden State averaging (6.5) points, (3.1) rebounds, (1.3) assists, and (1.2) steals per game. Payton II played just under 17 minutes in the twelve playoff games he appeared in last season. He even started two playoff games for the Warriors.

It’s never easy to win a championship and leave the team the to go play someplace else. Payton II had to do that this offseason when he signed with the Blazers. He called it “a business deal”, which is very true. The Warriors certainly were not going to give him the money he wanted as they’ve paid Jordan Poole and Andrew Wiggins with big contracts. That’s why Payton II had to do what was right for him and secure himself financially.