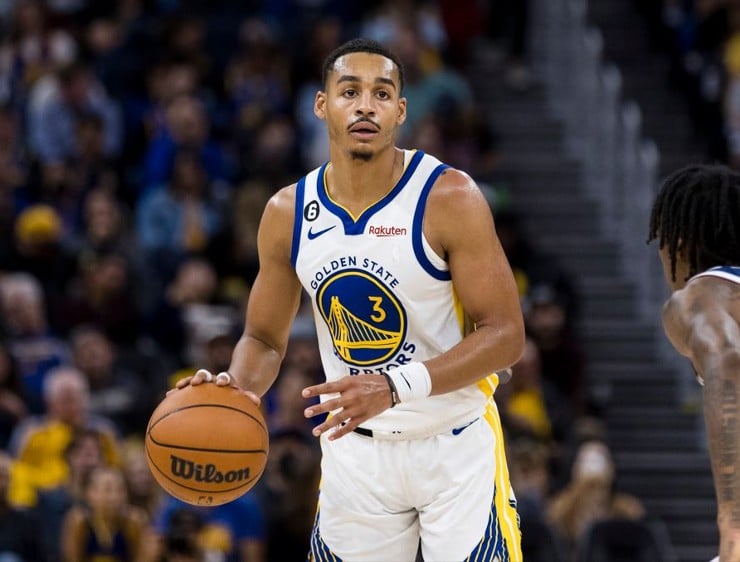 According to the contract details, the 23-year-old will earn an additional $1 million if he wins MVP or Defensive Player of the Year. Plus, Poole could receive an extra $500,000 if he receives any of the three All-NBA honors.

Per multiple NBA betting sites, the Warriors are favored to repeat in the 2022-23 season. However, some sportsbooks are giving the Boston Celtics higher odds to win the championship.

After Jordan Poole and Andrew Wiggins extensions, the projected salary and luxury tax for the Golden State Warriors in the 2023-2024 season, per @BobbyMarks42: $483 million.

Additionally, if the guard appears in at least 65 regular season games and the Warriors reach the first round of the NBA Playoffs, he will make an extra $250,000.

Poole finished fourth in the G League regular season in made free throws (39) and fourth in turnovers (48).

He was then selected to the All-NBA G League Third Team.

During the first round of the 2022 NBA Playoffs, the guard averaged 21 points, 2.4 rebounds, and 5.4 assists against the Denver Nuggets. He shot 54.8% from the field and a playoff career-high 48.4% from long range.

The Warriors need both Green and Jordan Poole in the 2022-23 season. Team chemistry is vital for playoff contenders. For Dubs fans, hopefully the incident is all water under the bridge now.