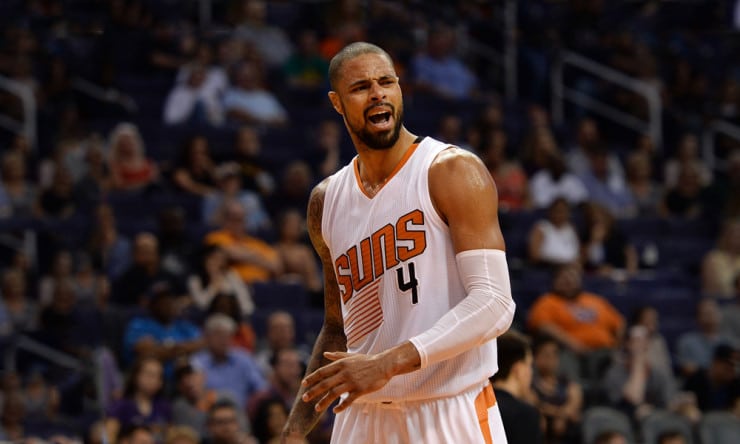 Will the Sixers Turn It Around?

It’s amazing how long ago 2012 seems. Paul Pierce, Kevin Garnett, Ray Allen and Rajon Rondo were all still members of the Boston Celtics and LeBron James was still looking for his first NBA championship.

We still thought that James Harden was not a max player and that the Golden State Warriors—who were built around David Lee and Monta Ellis—would improve upon the 23-win season that they turned in.

And yes, back then, the Philadelphia 76ers seemed to be a team on the rise.

On October 26, the 30 NBA teams will submit their opening-night rosters to the league — but the cuts will come at least 48-hours earlier, giving time for the players to clear waivers.

Teams can carry up to 15 players into the regular season, which translates to 450 potential positions — assuming every franchise carries a full 15.

Including the expected signing of Damien Wilkens to the Charlotte Hornets, 570 players are under contract for the coming season.

5 Rookies Thriving in the Preseason

With the 2015-16 NBA preseason underway, rookies from around the league are getting their first taste of the professional basketball. While it’s incredibly early and it’s not wise overreact to preseason results, these exhibition games do give us an opportunity to see the top picks in action, judge how comfortable they are thus far and find out what they’re learning as they start to adjust from college to the NBA.

Here’s a look at some notable rookies who have impressed thus far.

A big reason the Indiana Pacers felt comfortable dealing Roy Hibbert this past summer was because they had rookie big man Myles Turner waiting in the wings. There’s a lot to love about the young man’s talent (and size), but only a year-and-a-half removed from graduating high school, even he knows he has a ways to go before he completely lives up to his potential.

“I’m not worrying about starting yet,” Turner said. “This season I just want to go out there and build a solid foundation, find a role with this team.”

It’s a reasonable goal for a player who only 18 months ago was gearing up for the McDonald’s All-American game in Chicago.

For the New York Knicks, the 2014-15 season went about as poorly as possible. The team recorded its lowest win total in franchise history with just 17 victories and still only managed to draw the fourth pick in the draft (despite having the second-highest odds of landing the top pick).

To top it all off, All-Star Carmelo Anthony played in only 40 games after suffering a knee injury that sidelined him for the rest of the season following the All-Star game on February 15. The team’s bad luck would continue into the summer after the Knicks failed to land any top-tier free agents. The team was said to be targeting LaMarcus Aldridge, DeAndre Jordan and Greg Monroe among others in free agency.

West Chasing A Ring Instead Of Money

Elite young basketball players aspire to one day secure a collegiate scholarship at a prestigious institution. Most of these players do so with the underlying ambition to one day walk across the stage at the NBA Draft after hearing their name called by the commissioner.

Of course, the love of the game is a driving force in their hard work rising through the ranks. But the fame, fortune and ability to improve their livelihood also carries a great deal of weight for the lucky few with a legitimate shot to make it to the league.

Kevin Garnett made his NBA debut on November 3, 1995. Twelve days later, Karl-Anthony Towns was born. Now, Garnett and Towns are teammates on the Minnesota Timberwolves, with Garnett serving as an excellent mentor for the No. 1 overall pick in the 2015 NBA Draft.

Over the past 20 years, Garnett has won a championship, earned 15 All-Star selections and compiled a resumé that will land him in the Basketball Hall of Fame once he retires.

Garnett will turn 40 years old next May. With every year that passes, the question persists, “Is this his last go around in the league?” This season, his focus is on helping the Timberwolves – the team that drafted him first overall back in 1995 – build their foundation and create a winning culture so that the franchise is in good hands moving forward with a talented young core that includes Towns, Andrew Wiggins, Zach LaVine, Ricky Rubio, Shabazz Muhammad, Gorgui Dieng, Adreian Payne and Tyus Jones among others.

The Race for the West’s Eighth Seed

The Western Conference has been brutal the last several years and this season is no different. There are six teams that are virtual locks to make the playoffs when you look at the Golden State Warriors, San Antonio Spurs, Houston Rockets, Los Angeles Clippers, Oklahoma City Thunder and Memphis Grizzlies.

After these six teams are the New Orleans Pelicans, who are also healthy now and seem poised to return to the playoffs once again. Assuming major injuries or unexpected obstacles don’t derail any of these seven teams, it seems there will be one playoff seed open in the Western Conference.

MindRight Pro: The Next Step in Performance Technology

Performance technology is firmly entrenched as the next giant frontier for NBA front offices. Recent advances in wearable technology have vastly expanded the amount teams can know about every movement their players make, and the race is on behind the scenes to parse every asset at their disposal. Some front offices may hem and haw about the full benefits of things like analytics, but it’s much tougher to dispute the efficacy of methods that can keep players healthier and more productive from a medical standpoint.

On-court tracking, however, isn’t the only front on which teams can monitor their players. Typically less appreciated by the casual fan is the mental stress of NBA life; it’s easy to forget that these are often teenagers being thrown into a whirlwind experience, and managing the added pressure in conjunction with on-court performance isn’t as easy as some might assume.