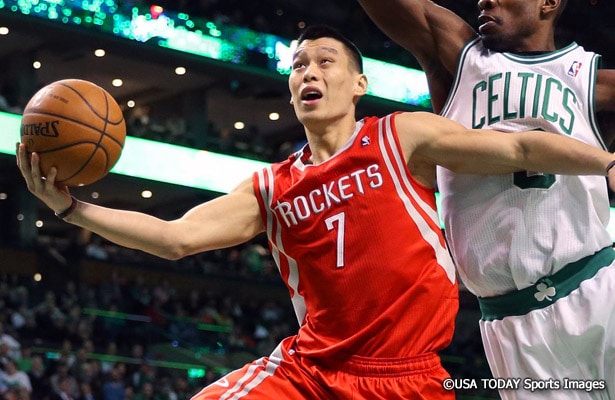 Jeremy Lin Finding Himself in Houston?

Jeremy Lin hasn’t exactly had an easy time since the month where he played such amazing basketball that the NBA world dubbed him “Linsanity.” Since becoming an instant star, Lin has moved across the country to Houston, dealt with a barrage of injuries that prevented him from playing his best and heard his name mentioned in months of trade rumors stemming from his inability to live up to his own hype.

This season Lin finds himself in a position that is really ideal as he looks to establish what his identity is really going to be in the NBA. Instead of trying to play the role of a star, he needs only complement Dwight Howard, James Harden and Chandler Parsons. Most of the time the ball is not in his hands in crunch time and when it is, his primary job is to get it to one of those players.

Would A Gasol-For-Okafor Swap Be A Win-Win?

Almost six years to the date (February 1, 2008) of acquiring the seven-foot Spaniard from Memphis, rumors of the Phoenix Suns’ interest  in Los Angeles Lakers center Pau Gasol came flooding across everyone’s NBA notification app or Twitter timeline. Just as Super Bowl XLVIII was getting into full swing, and while many were reveling in each and every Bronco mishap, some of us were actively considering the potential of such a deal. Put simply, there are so many ways the Lakers and Suns could reach some sort of agreement for a Gasol swap, we found it difficult to find a reason why they wouldn’t be able to make a deal happen.

Six Things to Know About the Golden State Warriors

The Golden State Warriors were the darlings of the first two playoff rounds in 2013 before finally succumbing to the San Antonio Spurs in six games. After a blockbuster offseason brought swingman Andre Iguodala from the vanquished Denver Nuggets, the Warriors looked poised to move into the league’s elite. At times the team has looked that way, especially when their dominating starting unit plays together. Other times, the team has played .500 ball. As the season moves towards the All-Star break, here are six things you need to know about the Golden State Warriors.

Of all the All-Stars added to the Eastern Conference and Western Conference squads this year, Brooklyn’s Joe Johnson was probably the biggest surprise, but this kind of thing happens almost every year. While Johnson isn’t averaging anywhere near his career-high in points, he’s a recognizable name for the hot Brooklyn Nets, and that was enough to keep arguably more deserving players like Lance Stephenson and Kyle Lowry off the squad.

But while Johnson’s selection was surprising, it was by no means one of the worst All-Star selections in the history of the game. No, there have been much, much worse selections than that; Kobe Bryant’s starting nod this year being one of them.

Bryant is a worldwide megastar, though. If Michael Jordan would’ve only played five games by the time voting ended in, say, 1997, he still would have been voted a starter and everybody would have understood why.

The following players’ selections are not so easy to understand:

By now you have likely heard something about Cavaliers guard Kyrie Irving being unhappy. Brian Windhorst of ESPN has written about it. Jason Lloyd of the Beacon Journal wrote about it. The ground has been covered.

The problem is that the story being cast is that Kyrie Irving is unhappy, as if to suggest that he is the only unhappy camper in Cleveland, when the truth is no one in Cleveland is happy with their 16-31 record and that includes ownership.

The Cavs are in the middle what’s best described as a systemic revolt. Last year the team had Byron Scott as their head coach and the lack of defensive intensity soured the locker room on the coach and a change was made. Out went the “player friendly” Scott and in came the tougher more disciplined Mike Brown. The problem is nothing has really changed in terms of harmony in the locker room.

It’s no secret that the Philadelphia 76ers are open to moving Evan Turner. The 25-year-old has seen his name surface in trade rumors repeatedly throughout the year, and coming into this season he even told reporters that he was shocked he wasn’t dealt over the summer.

It seems that a split between Turner and the Sixers is inevitable. New general manager Sam Hinkie wants to put his fingerprints on the franchise by adding his own personnel and moving Turner could allow him to get a young asset he values or a first-round draft pick to add to his stockpile.

The latest update on Turner’s future comes from Sean Deveney of Sporting News, who reports that Philadelphia has been “stepping up their efforts to make a move” before the Feb. 20 deadline and that Turner has been involved in those trade talk

Who’s on the Trading Block?

The 2013-14 NBA trade deadline is set for 3:00 p.m. (ET) on February 20, which puts us at just over two weeks away from one of the busiest times of the season. As expected the trade rumor circuit has started to heat up as league executives continue to work the lines to secure a deal for their respective franchise.

Here are some initial names and situations to keep an eye on around the league as the deadline nears.

Millions of people know of Kevin Durant. Over 6 million follow the MVP candidate on Twitter. Nearly 1.4 million voted him to his fifth All-Star selection this season. He is one of the most popular figures in professional sports and has a modest demeanor that makes fans feel like they can connect with him, even if they have only watched him play on TV.

But who is Kevin Durant to those who really get to know him? The ones who are with him from training camp through the playoffs, for the practices, the long road trips, the day-to-day grind.

The Oklahoma City Thunder chimed in to share five things only they know from playing with him and spending so much time around him.

There are several factors behind the Nets’ resurgence, starting of course with their play of the defensive end. After their early season struggles, everyone appears to be much more willing to buy into the role that Kidd has for them, and the team, outside of Brook Lopez, has started to get healthier.

Lopez was playing the best basketball of any Net before going down with a season-ending foot injury on December 20. He was putting up 20.7 points a game along with six rebounds and nearly two blocks. His play was so strong that the Nets were still rejecting trade offers for him after even his severe injury.

However, with how well the team has been playing without him, Lopez’s stock may have actually dropped a bit in the eyes of the Nets.

The Contracts To Move At The Trade Deadline

The NBA’s trade deadline is rapidly approaching.  Typically the rumor mill will churn until the final hours on February 20.

Teams look to make deals for a variety of reasons.  Some are hoping to land the final piece that will push their franchise into the playoffs (or true postseason contention).

Others look to shed long-term contracts, or even expiring contracts simply to get out of the NBA’s punitive luxury tax.

The following players have contracts that could lead to a deal before the deadline.

There hasn’t been much for Knicks fans to cheer about this season. Currently riding another three-game losing streak, New York has slid an embarrassing 11 games under .500.

Carmelo Anthony is playing at an incredibly high level on the offensive end, but other than Anthony’s exploits, there are been very few positives.

And over the first few months of the season, one of the biggest net negatives was the shockingly terrible play of J.R. Smith.

Time’s Up: Five NBA Players Who Must Be Traded

Only the strong survive, and as life continues on under the new economic era that the NBA’s 2011 Collective Bargaining Agreement has brought forth, it is not the general manager who has the most money that will ultimately prevail.

No, it is the GM who has spent the most time with the barbell. But we, obviously, are not talking brute force strength here, we are talking mental muscle.

So you, Mr. GM, do you know how to survive in this new era? Do you know what you can do to get your team over the hump?