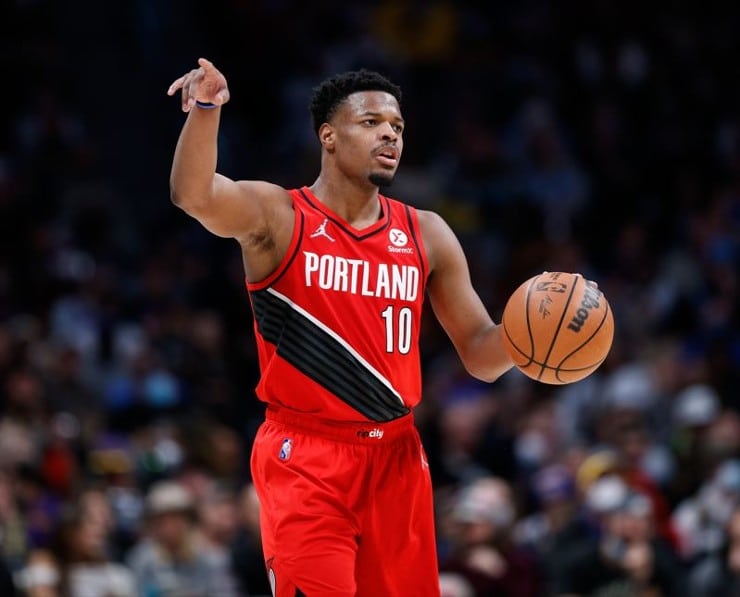 The Charlotte Hornets have signed free agent guard Dennis Smith Jr. to a one-year deal. Per team policy, the terms of this contract were undisclosed. The fifth-year guard was selected ninth overall by the Dallas Mavericks in the 2017 NBA Draft.

At 20 years, 34 days old, Smith Jr. joined Markelle Fultz, Lonzo Ball, and LeBron James as the fourth-youngest player in NBA history to record a triple-double. So, the guard has talent to succeed in the league.

Then, the Knicks assigned Smith Jr. to the Westchester Knicks of the NBA G League. Though, according to records, he never appeared in a single game.

A week later, the guard and a 2021 second-round draft pick were traded to the Pistons for Derrick Rose.

On September 1, 2021, the guard signed a contract with the Portland Trail Blazers.

Furthermore, on February 16, 2022, Smith Jr. was ruled out for a month after being diagnosed with a high-grade partial tear of the ulnar collateral ligament (UCL) in his right elbow.

Of course, Smith Jr. was then waived by the Trail Blazers five days later.

He will have the opportunity to make the Hornets roster during training camp. Unlike most NBA players, the former Trail Blazer’s best year was his rookie season. Quite a few league executives believe Smith Jr. peaked too early.

Nonetheless, based on his past two seasons, the NC State Product can still contribute off the bench. His shooting accuracy is fine. Smith Jr. just lacks the speed and competitive drive he once had.

At just 24 years old, he has more than enough time to improve his game. He might be better off playing for the Greensboro Swarm, the Hornets’ G league affiliate. For NBA players, it helps to boost confidence by participating in other basketball leagues.

More news stories pertaining to Dennis Smith Jr. and the Hornets are on the main page.