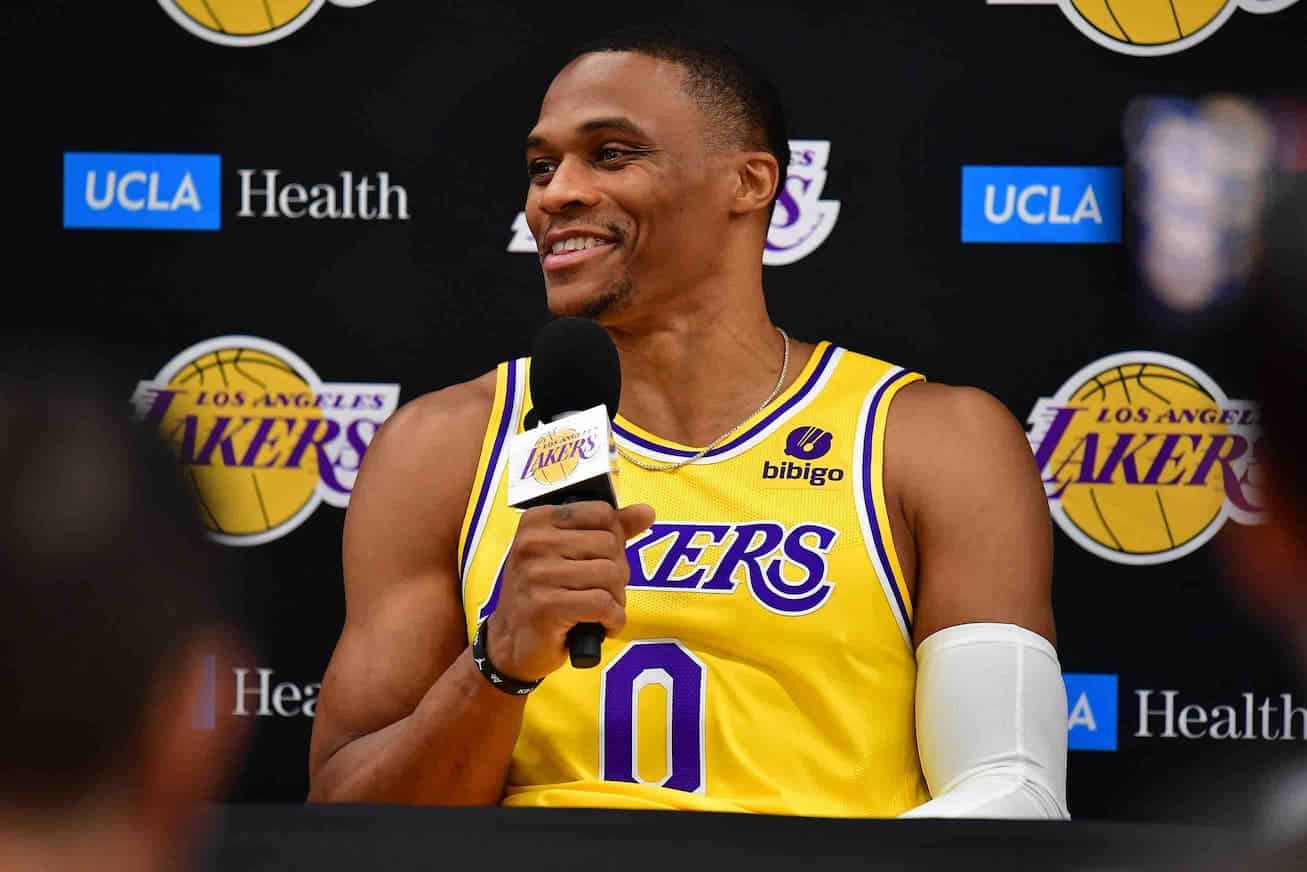 Russell Westbrook will play as the Los Angeles Lakers’ sixth man in their final preseason game against the Sacramento Kings tonight, according to reports.

The Lakers are planning to bring the former MVP off the bench in tonight’s final preseason game away in Sacramento with Westbrook ‘quarterbacking the second unit’.

ESPN reporting with @Mcten: The Lakers are planning to bring Russell Westbrook off the bench in the final preseason game vs. Kings tonight (ESPN, 10 ET). Darvin Ham and Westbrook have been exploring possibility of Westbrook quarterbacking second unit and they'll try it tonight.

According to ESPN’s Adrian Wojnarowski, there is a hope that Westbrook can play freer and faster with the ball in his hands in the second unit and have to worry less about fitting away from the ball around the starting group.

This is ‘certainly an idea’ the Lakers will continue to discuss ahead of the regular season opener on Tuesday night in Golden State, as Los Angeles travel to face the reigning champions led by Steph Curry.

The Lakers were down five with ten minutes remaining in the third quarter when the huddle took place, but the 2017 MVP seemed less than interested in what his teammates had to say.

In a night to forget for Westbrook, shooting 1/3 from the floor with 3/6 free throws in 25 minutes, this was another reality check for the Lakers who have seriously considered trading the 33-year-old before the February 9 trade deadline next year.

The former Oklahoma City star is +15000 to win the MVP award for a second time in NBA betting, however those odds may slash if a trade occurs before the start of the regular season on October 18.