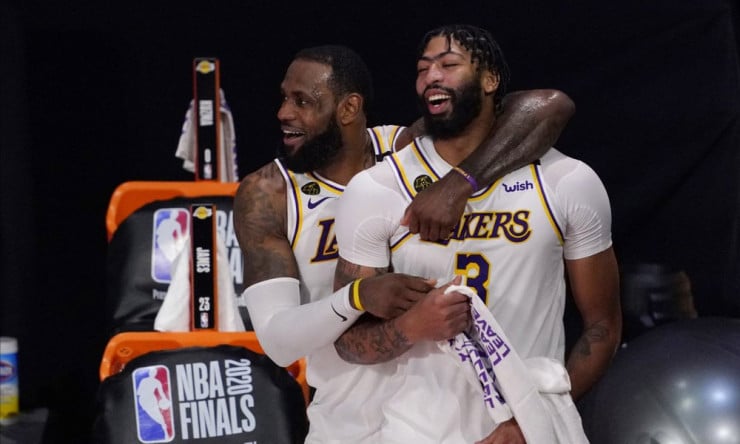 Los Angeles Lakers are planning to run head coach Darvin Ham’s offense through Anthony Davis instead of LeBron James next season, according to a report from Chris Haynes.

When Darvin Ham spoke to LeBron James about the scheme to run the team’s offensive possessions through big man Anthony Davis, James agreed according to the report.

After missing the playoffs in an entirely disappointing season for Russell Westbrook, Davis, James, and the Lakers, Frank Vogel was replaced by Darvin Ham as head coach despite Vogel leading the team to a championship two years ago.

‘Ham agreed with James and reiterated that his main objectives are to hold everyone accountable and foster an atmosphere of selflessness, sources said.

‘He voiced that defensive tenacity needs to be picked up all across the roster and also forewarned that players would have to play new roles and if he sensed reluctance, he wouldn’t hesitate to remove them from the game, sources said.’

The team is reportedly hopeful that Westbrook will improve his corner-3 shooting percentage next season, which he shot at 45% last season on 23-51 field goals.

Having signed Lonnie Walker IV, Troy Brown Jr., Damian Jones, Juan Toscano-Anderson, and Thomas Bryant in free agency, the Lakers have certainly improved but there are considerable doubts over whether this roster will be able to support a deep playoff run.

A deal for Kyrie Irving looks unlikely at this point after the 30-year-old opted into his $37 million player option with the Brooklyn Nets, but if Kevin Durant is traded the team may look to rebuild.