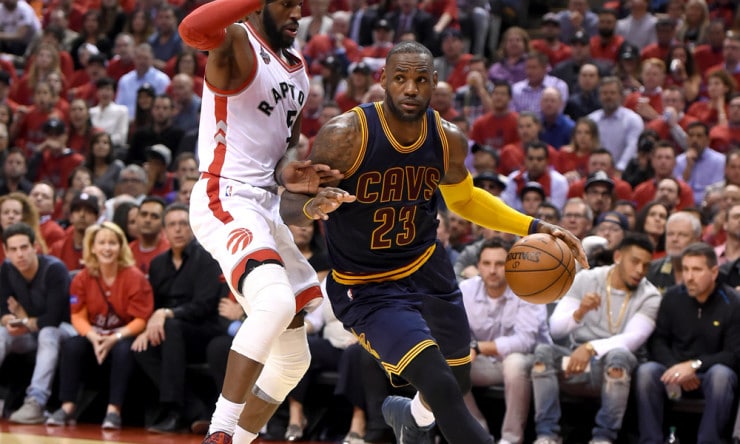 LeBron James might have some work left to do to catch Kobe Bryant’s five championships, but he now has eclipsed the former Los Angeles Lakers star in another statistical category that defined Bryant’s career: playoff points.

With James’ and-one shot in the lane and ensuing free throw with 7:26 left in the second quarter for the Cleveland Cavaliers’ 119-114 win in Game 3 of their first-round series against the Indiana Pacers on Thursday, James eclipsed Bryant for third place on the NBA’s all-time postseason scoring list. The old-fashioned three-point play gave James 13 points for the game and 5,641 points for his playoff career. James now trails only Michael Jordan (5,987 points) and Kareem Abdul-Jabbar (5,762) in all-time playoff scoring.