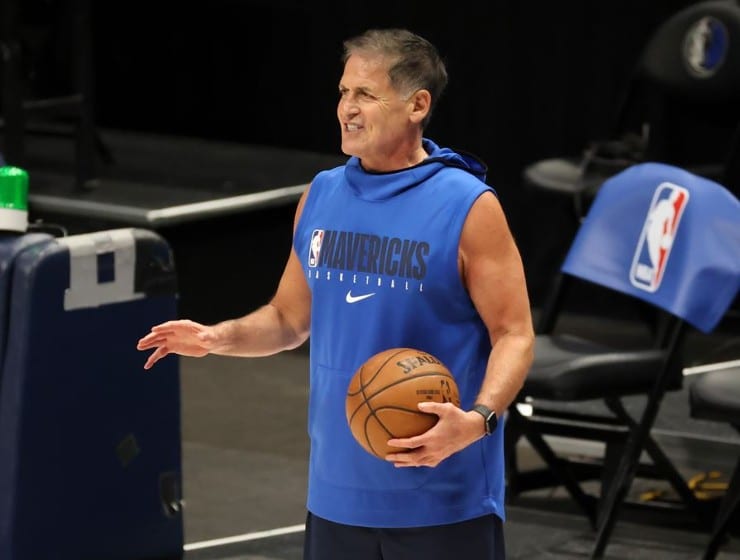 In 2004, Dallas Mavericks owner Mark Cuban allowed Steve Nash to sign as a free agent with the Phoenix Suns, and it turns out that was the billionaire’s biggest regret.

During an exclusive interview with OSDB, Cuban discussed his experiences as the team’s owner. The 64-year-old has owned the Mavericks for nearly 23 years.

When asked about his biggest bust as the team owner, Cuban replied, “Probably letting Steve Nash go. Yeah, I regret that. It’s been almost 20 years now, and I still regret it.”

According to a few NBA betting sites, the Mavericks have top-15 odds of winning a championship in 2023. Without a solid replacement for Jalen Brunson, it seems improbable. Check out which sportsbooks are expecting another playoff appearance.

Nash played six seasons with the Mavericks from 1998 to 2004. Interesting enough, the guard was selected 15th overall by the Suns in the 1996 NBA Draft.

On June 24, 1998, Mark Cuban traded Pat Garrity, Martin Muursepp, Bubba Wells, and a 1999 first-round draft pick to the Suns for Nash. Based on this package, then Suns owner and G.M. Bryan Colangelo got robbed.

After the Mavericks lost in five games of their 2004 first-round playoff series against the Sacramento Kings, Nash waited for his new deal. Though, Cuban never gave him an offer.

In an interview with Ethan Thomas in 2020, the billionaire opened up about his decision to let the guard walk. He even went on to say that Nash hated him shortly after.

“And coach [Don Nelson] was like, ‘He may have some issues.’ So we made him what we thought was a great offer, but then Phoenix came in and just beat that offer.”

“I’ll never forget, because he called me up and he goes: ‘They offered me more than Mike Bibby,’ and Mike Bibby had just gotten a big contract.”

“And I have it down on this calendar at my office at the arena still, it says: ‘Nash: Mike Bibby Money.’ Nash hated me for a long time because of it. We’re good now.”

Mark Cuban messed up royally. That’s a huge understatement. However, it’s all in the past now. All Cuban can do is learn from his mistake.

For the good news, at least the Mavericks defeated the Miami Heat in the 2011 NBA Finals, winning their first championship. Not to mention, Dirk Nowitzki spent his entire 21-year career with Dallas.