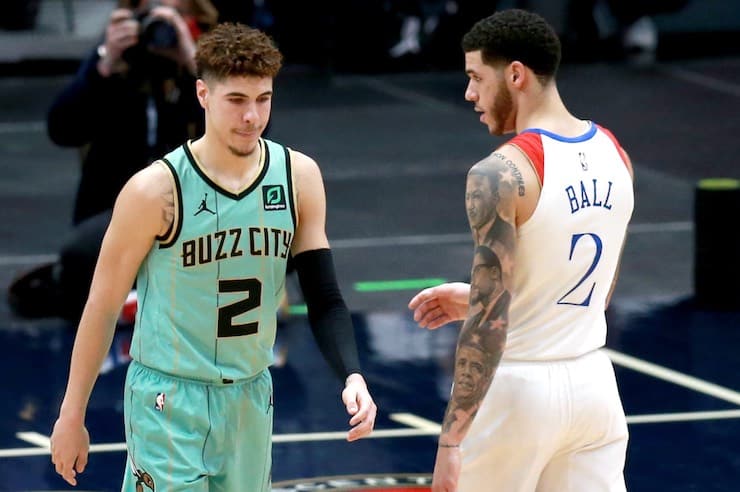 LaMelo Ball will officially be wearing No.1 for the Charlotte Hornets during the 2022-2023 NBA season.

After two seasons of wearing No.2 with his brother, Lonzo, LaMelo returns back to wearing No.1, which he’d worn all his life.

Ball intended on making the switch last season but he filed his request to the league too late.

As a young star playing at Chino Hills, Ball made a name for himself wearing the number one.

While wearing the No. 1, Ball was known for his flashy playing style. He routinely made half court shots and famously scored 92 points during a regular season game.

Now, Ball will bring the swagger that comes along with his No.1 jersey back to the NBA.

While some fans are excited for the switch, other fans are disappointed to have to purchase a new jersey for Ball’s third season.

The Return Of No. 1 LaMelo Ball!

Seeing @MELOD1P get his “1” jersey literally made me so happy 😭🥹

LaMelo Ball Back to Wearing No.1

LaMelo Ball has officially changed his jersey number back to No.1.

Before his NBA career, Ball had worn the No.1 jersey for his entire basketball playing career. Despite having one of the highest-selling jerseys in the NBA, Ball admitted wearing No. 2 didn’t feel right. He solely wore No. 2 for his brother, Lonzo Ball, who didn’t get to play much during his rookie year.

While there are mixed feelings about Ball switching his number, Ball will be happy to make the switch back to his natural number.