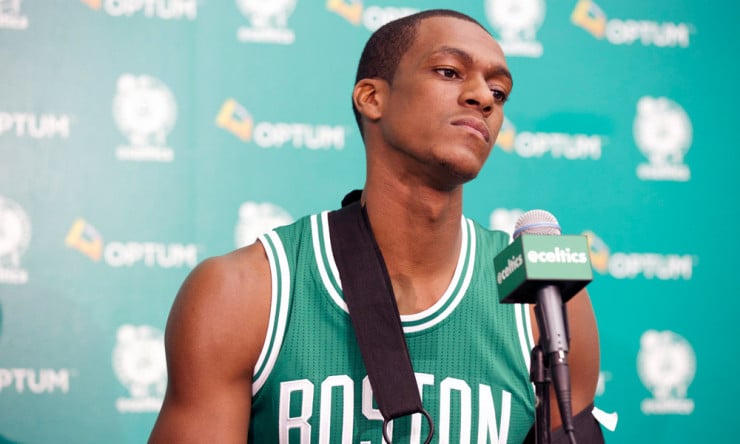 Within the past few days (Boston Celtics Rajon) Rondo underwent a CT scan for the broken bone in his left hand, which showed he is “progressing great,” according to (Coach Brad) Stevens. But the 28-year-old still hasn’t received clearance for contact.

“It doesn’t bother me at all,” Rondo said of the injury. “When I dribble the ball, when I catch the ball, it doesn’t bother me. But it’s night and day from trying to brace myself hitting the floor, and going into the lane and somebody smacking my hand.”

The Celtics initially set a 6-8 week timetable, which would keep Rondo out for about 1-3 weeks of the regular season. But staying true to his reputation, the guard immediately said he would like to expedite the process. Stevens did not rule out Rondo suiting up for the Oct. 29 opener against the Brooklyn Nets.

“I think it’s a possibility,” the coach said.

via Jay King of Masslive.com