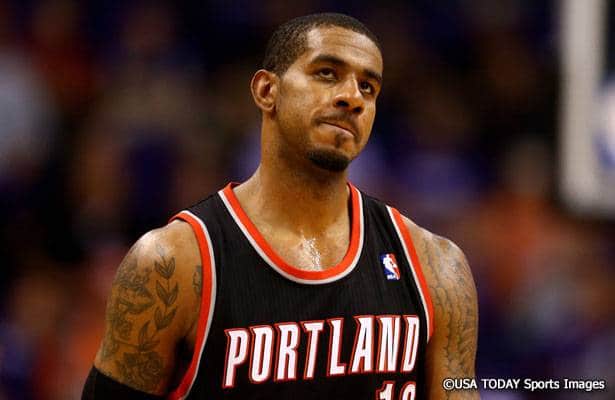 If there’s one thing that fires up the collective NBA community, it’s All-Star fan voting, which this year ended up being more unpredictable than anybody could have expected. Fans always vote in the players they love, but sometimes these guys don’t deserve the nod for a number of reasons. It’s not Kobe Bryant’s fault that he’s only played in six games this year, and it’s certainly not Kobe Bryant’s fault that he’s one of the two more recognizable games in the sport today.

Still, he’s a starter, but Bryant’s inclusion in the starting lineup is just the tip of the iceberg. Here’s a quick look at five players who were snubbed by the fans:

#5 – John Wall, Washington Wizards – While the numbers for Wall and Kyrie Irving, the actual starter, are pretty similar, Wall is averaging 2.4 more assists per game and the Wizards are only one game away from .500, while the Cavaliers are 12 games short of that mark. Considering both guys are former #1 overall picks playing their butts off this year, it’s odd that Wall had fewer than half of Irving’s 860,221 votes. While Wall did finish third in voting among Eastern Conference guards, that discrepancy feels a little dramatic.

#4 – Chris Paul, L.A. Clippers – It’s impossible to argue with Stephen Curry starting this year’s All-Star game, but the Bryant inclusion is what really hurt Paul, who before his shoulder injury had been having a terrific season, averaging 18.6 PPG, 11.2 APG, and 2.4 SPG, all which contributed to a PER of 27.3, good for third-best in the league. He has already stated that he hopes to be healthy in time for All-Star weekend, and if Kobe Bryant declines his starting gig, Paul could even still be named the starter. However it ends up, though, Kobe getting voted in over Paul is overwhelmingly unfair.

»In Related: The Salary Cap Position Of Every Team In The NBA.

#3 – Roy Hibbert, Indiana Pacers – Very likely this season’s Defensive Player of the Year, Hibbert is the East’s best center playing for the East’s best team, and in the old format he probably would have run away with the starting center spot uncontested. This year, though, with LeBron James, Carmelo Anthony, and teammate Paul George taking the three “frontcourt” positions, it’s easy to understand why a big lug like Hibbert wasn’t included. Put simply, he’s not as entertaining as those other guys (at least not on the court; off it, he’s one of the league’s most interesting personalities). That being the case, his votes suffered.

#2 – LaMarcus Aldridge, Portland Trail Blazers – On Thursday night, Aldridge showed fans what they were missing in voting for other players by putting up a career-high 44 points against the Denver Nuggets, and that combined with his 13 rebounds is exactly why he should have been voted in as a starter over either Kevin Love or Blake Griffin. Portland has the Western Conference’s third-best record, and Aldridge has been a statistical monster all season, averaging 24.7 PPG, 11.6 RPG, and 1.0 BPG, all to go along with a 23.96 PER. Love and Griffin have similar numbers, but if team success matters, Aldridge should have been the starter.

#1 – Dwight Howard, Houston Rockets – For the entirety of the All-Star voting season, Dwight Howard looked like he’d end up in the starting lineup, and as the best center in the game, that would have made a lot of sense. He’s averaging 18.3 PPG, 12.6 RPG, and 1.8 BPG, to say nothing about how entertaining he is in these sorts of exhibitions, so Kevin Love beating him out by a scant 8,000 has certainly been something that has raised headlines. Having a center against an Eastern Conference lineup that wasn’t going to have one was supposed to be an advantage. Now, apparently, it is not.

This is clearly all very exciting for first-time starters like Curry and Love, but it’s equally depressing for the guys who should have made the cut but didn’t. All of these players will get in as reserves, but the fan vote is sort of the ultimate reward for a great season, and the above players did not receive that award this season.