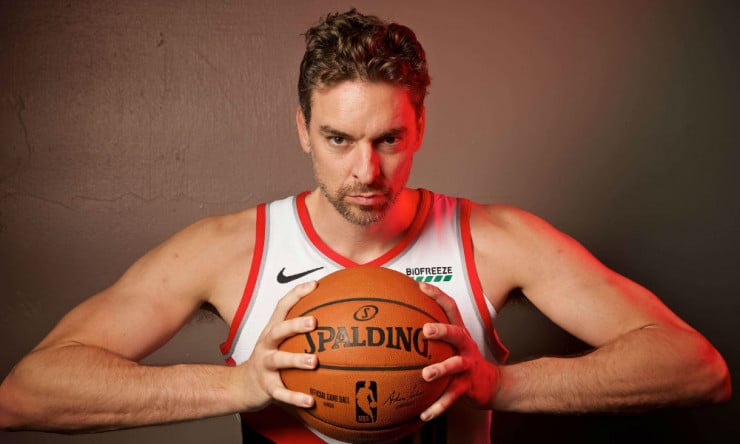 There are very few sports where the dominance of one nation is so remarkable as the American dominance in basketball. Even if you take nations who are very good at basketball and have a long-standing tradition, they are still no match for the USA, especially when the Americans decide to take their best players on the court, which to be fair, doesn’t happen all that often.

Even if only half of the best NBA players are part of the American national team, that team is still strong enough to beat all the other teams in the competition, regardless of whether we’re talking about the Olympics or the World Cup. Although it is fair to say that the US took the Olympic Games a lot more seriously than the World Cups. The Americans have won 15 gold medals out of 18 Olympic Games on which they participated.

The sheer thought of having another team win the Olympics when the Americans are playing with their top crop of players is quite unbelievable. In fact, for many players, it is more conceivable to win a jackpot at one of the most popular new online slots than for the Serbs or the Spaniards to win against a full US squad.

The difference between the American national team and the other national teams is tremendous as we mentioned, but the difference between the NBA and the other national leagues is even more impressive. And it’s not just in terms of rules. Yes, to fans of other sports it may seem quite weird that there are different rules in USA and in Europe. And when we say different rules, we don’t mean small details and finesses – quarters in the NBA last longer by 2 minutes, which makes the whole game longer by 8 minutes in total. Also, the 3-point line in NBA is behind the European 3-point line which also has a major impact on the game.

But what we really want to talk about is the difference in quality between the teams of the NBA and their European counterparts. If you are a fan of other sports, you have surely noticed that the national leagues that are considered to be among the best are more or less evenly matched and clashes between the top-performing teams of each league can be quite intense and unpredictable. Whereas, the worst NBA team could beat most if not all European teams on any given day.

Here we’re not going to discuss the NBA teams and their performance against European teams, as there isn’t a lot of data, there haven’t been a lot of competitive matches between NBA and European teams, instead, we will have a look at the most successful Europeans to have played in the NBA.

We are starting top to bottom, but this list is in no way conclusive, and we are not implying that a player that’s placed higher in the rank is definitely and undoubtedly better than the ones who come below. It is more of an approximation than a definitive list.

Obviously, Dirk Nowitzki is the first and most obvious choice here. Not only is he the European player who has made the most tremendous impact on the game, but generally speaking, Nowitzki is a player who marked an era and led his Mavs to a title in 2011. A list of his achievements and the impact he made on the game, so we’re going to stop here and conclude that he is one of the greatest players the game has ever seen, not just the best European to play in the NBA.

Some of the best Europeans in the NBA have come from the countries that used to be part of Yugoslavia, most notably Serbia and Croatia. Drazen Petrovic, who died in a tragic traffic accident in 1993, sure is one of the most notable European players, although everybody agrees that if his life hadn’t ended at the age of 28, he would’ve had at least several more remarkable seasons. Petrovic played 5 seasons in the NBA, two in the Trailblazers and three in the then-New Jersey Nets.

Tony Parker is undoubtedly the best Frenchman to ever play in the NBA. A six-time all-star, Parker has won four NBA rings with the San Antonio Spurs, a team where he almost spent his entire career, bar the last season in Charlotte.

The Gasol brothers brought a unique style of play to the game, although we have to say that Pau’s impact and contribution are significantly greater.

The quirky Serb who could defend against Shaquille

The current manager of Sacramento Kings, Vlade Divac was drafted in 1989 and played a total of 16 years in the NBA, mostly for the Kings and the Lakers. Divac is also known for his work off the court with his Divac’s Children Foundation.

Other players who deserve a mention

Most of the players listed above are players who are no longer active, or their careers are slowly coming to an end, but some of the current Europeans who are active in the NBA are very likely to make a great impact and surpass some of the players who are currently on this list. Most notably, we have to mention Luka Dončić who has already been nicknamed Euro Jordan. Giannis Antetokounmpo, Nikola Jokic, and Kristaps Porziņģis should also be mentioned.