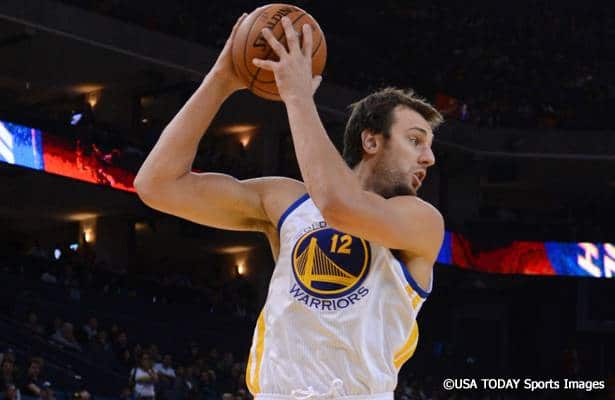 After a 10-game win streak that spawned the #fullsquad meme, the Golden State Warriors have now lost three of four.  Their previously excellent defense has fallen on hard times, giving up points at a rate of 112.9 points per 100 possessions, and the squad as a whole has been outscored by 6.7 points/100 during that time frame.  That decline has coincided with a very worrying tendency: Mark Jackson has played Andrew Bogut much less. Even worse Bogut has not played down the stretch of the last three games.  In all of these games, the Warriors faltered in the fourth quarter without their best rim protector on the floor.

Against Boston, Jeff Green made a tying layup over Bogut’s replacement, Draymond Green, that Bogut might well have prevented. The Warriors were luckily bailed out by Stephen Curry’s game-winner. 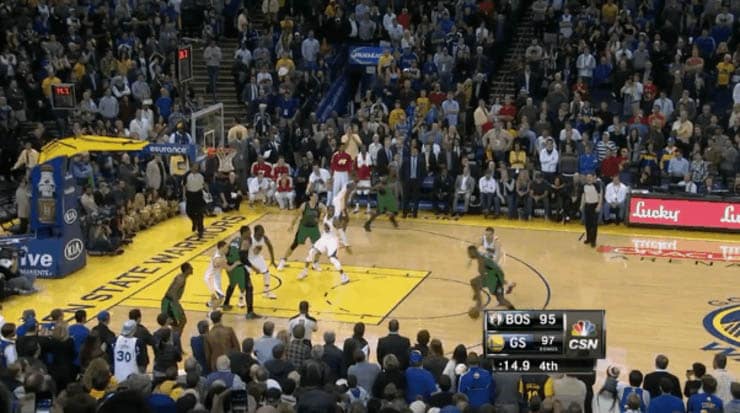 While the Celtics intentionally fouled to get Bogut out of the game in the middle of the fourth quarter, there was no excuse for not bringing him back under two minutes when intentional fouling is essentially eliminated.  And there was really no excuse not to bring him back for the defensively limited David Lee just for this key defensive possession, which was preceded by a timeout.

Wednesday’s game against the Denver Nuggets saw the Bogut-less Warriors unable to corral two defensive rebounds in the last minute of the game that could have given them the ball with a chance to tie.  After the game, the normally loquacious (and honest) Bogut quickly showered and hightailed it out of the locker room without speaking to reporters, perhaps to avoid speaking his mind on sitting out in crunchtime.

In the last two games, the Warriors have allowed well over 120 points to the Nuggets and the Russell Westbrook-less Thunder.  This coincided with 24 and 21 minutes, respectively, for Bogut.  He played a total of 1:28 in the fourth quarters of those games. Without Bogut on the floor over the last four games, the Dubs allow a putrescent 129 points/100.  With him on the court, that drops to 100.1 points/100, not materially different from their 99.7 point/100 season average on defense.

After Stephen Curry, Bogut is likely the most important player on the Warriors.  Mark Jackson needs to treat him that way.