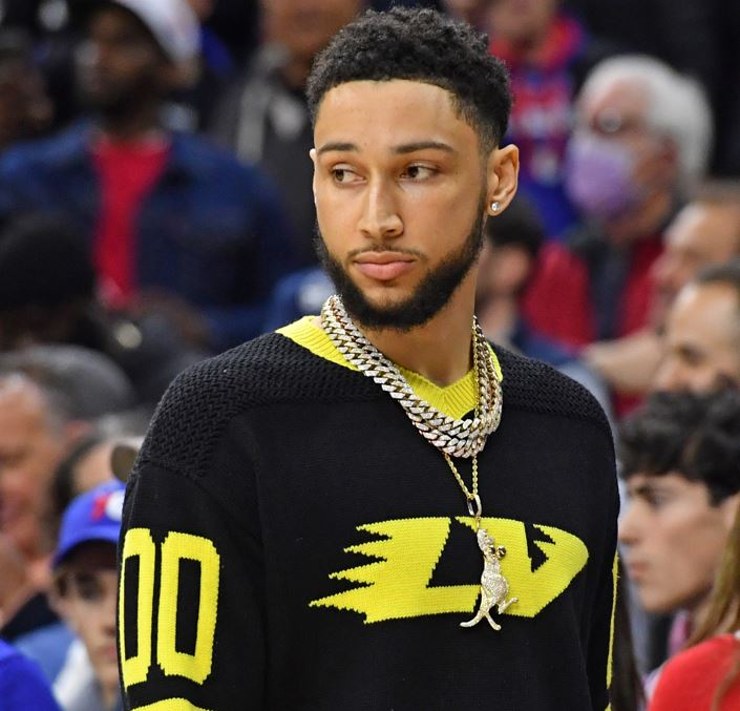 Brooklyn Nets guard Ben Simmons filed to recover a portion of almost $20 million the Philadelphia 76ers withheld from him for not playing in the 2021-22 season. Simmons filed a grievance with the players’ union.

The three-time All-Star searched for excuses all last season to avoid playing. A contract dispute, back injury and not being mentally prepared to return to the court were among Simmons’ reasons for sitting out.

According to ESPN’s Adrain Wojnarowski, Simmons, agent Klutch Sports and the 76ers have now reached a settlement. The two sides can now put this story to rest.

“Brooklyn Nets All-Star guard Ben Simmons and his former team, Philadelphia 76ers, reached a settlement agreement on the grievance Simmons filed to recoup a portion of the nearly $20 million withheld from him as a result of his failure to play games in the 2021-22 season,” explains Wojnarowski.

Per the ESPN analyst, the sides “agreed to confidentiality on the exact financial settlement reached.” So, who knows what the fourth-year player is set to receive. On July 16, 2019, Simmons signed a five-year, $177 million contract extension with the 76ers.

Ben Simmons lost millions while with the 76ers in 2021

Due to personal conduct violations, the Sixers fined Simmons throughout the first half of last season. As a result, the guard became one of the most fined players in NBA history. He missed out on $10 million by the end of 2021.

Based on several reports, Simmons is expected to practice with the Nets in training camp. Last season, Brooklyn finished 44-38 (.537) and ranked seventh overall in the Eastern Conference standings. However, the Boston Celtics swept them in the first round of the playoffs.

As for the 76ers, they went 51-31 (.622) in the 2021-22 season. And the team ranked fourth overall in the East. During this offseason, James Harden agreed to take less money, holding out for a big payday next summer. This move was necessary so that the Sixers could sign P.J. Tucker, Danuel House and trade for De’Anthony Melton.

More news stories concerning the 76ers or Ben Simmons are on the main page.